Uttam Dhillon, who till recently worked in the White House as deputy counsel and deputy assistant to President Donald Trump, took up the role of Acting Administrator of the Drug Enforcement Agency (DEA) on Tuesday. 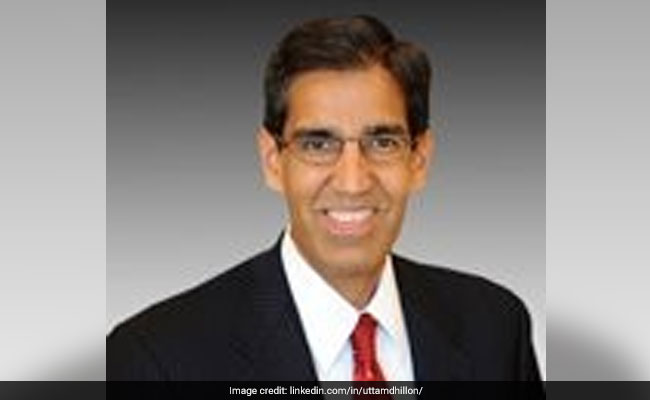 Uttam Dhillon, an Indian-American top White House lawyer, has been appointed as the new Acting Administrator of the crucial Drug Enforcement Agency that combats the smuggling and use of narcotics in the US.

Mr Dhillon replaces Robert Patterson, who has retired after 30 years of service.

Mr Dhillon, who till recently worked in the White House as deputy counsel and deputy assistant to President Donald Trump, took up the role of Acting Administrator of the Drug Enforcement Agency (DEA) on Tuesday.

"With one American dying of a drug overdose every nine minutes, there can be no doubt that we are facing the deadliest drug epidemic in our history," Attorney General Jeff Sessions said announcing his appointment.

The work of the Drug Enforcement Administration is critical to fighting this crisis, and President Donald Trump and he are committed to continuing to give it the strong leadership it deserves, Sessions said.

Mr Dhillon is a dedicated public servant who has served with distinction in the White House, the Department of Justice, the Department of Homeland Security, Congress, and as a career federal prosecutor taking on drug traffickers at the highest levels.

Having a long career battling drug traffickers and violent crime in 2006, Mr Dhillon was confirmed by the Senate as the first Director of the Office of Counternarcotics Enforcement at the Department of Homeland Security (DHS).

In that role, he served as the primary policy advisor on counternarcotics issues, focused on combating the connections between illegal drug trafficking and terrorism and developed regional counternarcotics strategies for DHS.

Earlier in his career, Mr Dhillon worked as an Assistant United States Attorney in the Central District of California for six and a half years.

During that period, he was appointed to the Department of Justice's Organised Crime Drug Enforcement Task Force, and worked with federal and local law enforcement agencies to direct complex investigations of violent gangs and major narcotics trafficking organisations.

More recently, he has served as Deputy Counsel and Deputy Assistant to the President.