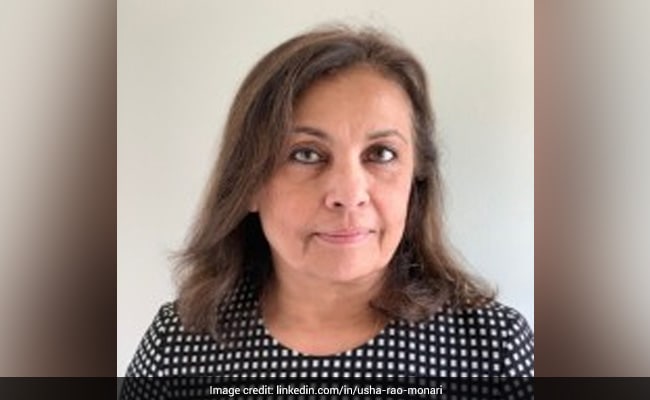 A statement issued by the UN Spokesperson on Wednesday said that Rao-Monari, senior adviser to Blackstone's Infrastructure Group, is an investment professional with almost three decades of investment experience, particularly in the infrastructure area.

She currently serves on the Boards of a number organisations in the field of sustainable development and has held a number of Board and advisory positions in the areas of water, natural capital, biodiversity and environment, it added.

Guterres expressed his gratitude and appreciation to Mourad Wahba of Egypt for his commitment as Associate Administrator ad interim and 30 years of service in the United Nations. He also voiced appreciation to Tegegnework Gettu of Ethiopia for his long-standing career at the United Nations and for his significant contributions to the development agenda as UNDP''s Associate Administrator.

The announcement of her appointment comes just two days after the UN Capital Development Fund (UNCDF), which focusses on providing micro-finance access to least developed countries (LDCs), said Preeti Sinha has commenced her tenure as Executive Secretary of the UN agency.

In 2019, Anita Bhatia of India, an experienced leader in the area of strategic partnerships, resource mobilisation and management, was appointed by Guterres as Assistant Secretary-General for Resource Management, Sustainability and Partnerships and Deputy Executive Director of the United Nations Entity for Gender Equality and the Empowerment of Women (UN Women).