Trump Supporter Calls Sikh Councillor In US 'Terrorist'. He Hits Back 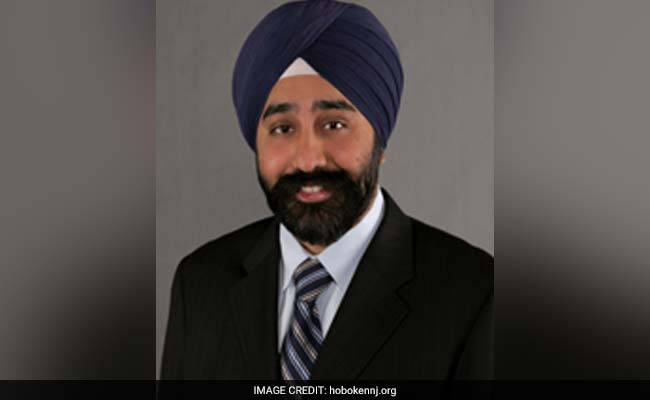 Ravinder Bhalla was called a terrorist on twitter by a Donald Trump supporter Robert Dubenezic.

New York: A Sikh-American councilman was called a "terrorist" on Twitter by a Donald Trump supporter but the Indian-origin politician hit back at the troll, saying "you clearly don't know what it means to be an American".

Ravinder Bhalla, city council member at large and council president of Hoboken, New Jersey, posted a message on Twitter about the Hoboken City Council approving a waterfront multi- use pathway.

After Mr Bhalla sent out the tweet, Robert Dubenezic -- an open supporter of Republican presidential nominee Trump -- expressed shock that Mr Bhalla was a councilman.

"How the hell did Hoboken allow the guys to be councilman? Shouldn't even be allowed in the US #terrorist," Mr Dubenezic tweeted on Thursday.

How the hell did Hoboken allow this guy to be a councilman? Shouldn't even be allowed in the U.S. #terroristhttps://t.co/c0AL7mst3h

Mr Bhalla, was quick to answer, exclaiming, "Sir, I am born and raised in America. You clearly don't know what it means to be an American...#ignorant."

Sir, I am born & raised in America.You clearly don't know what it means to be an American. #ignorant@dubenezic@TotallyHoboken@HobokenInc

"With a lot of the rhetoric we're hearing from people like Donald Trump about Muslim Americans and people who are perceived to be from a Muslim background, I think the spread of Islamophobia from our national leaders sends the wrong message," Mr Bhalla told NBC News.

"I hope this episode shows people that words can be hurtful and that discriminating based on how someone looks shouldn't just be ignored. People should be educated on different faiths and backgrounds so that diversity is celebrated," Mr Bhalla said.

"America is, after all, a nation of immigrants. And if we work together instead of against each other, we'll accomplish so much more," he said.

Many voiced their support of Mr Bhalla, including elected officials US Representative Bonnie Watson-Coleman and Hoboken mayor Dawn Zimmer, members of the Sikh-American community, and his constituents.

"At the end of the day, I don't hold any malice toward this person. I forgive him for what he said and hope he will educate himself about how his comments can be hurtful and divisive," Mr Bhalla said.

Mr Bhalla is also an attorney and a founding member of the national Sikh Bar Association.

He earned national recognition for leading a successful challenge to the New York Police Department for restricting the religious practice of a Sikh officer, and he successfully challenged the search policy of the Federal Bureau of Prisons after he was asked to remove his turban in order to see a client.