The whereabouts of the jet are unknown but the High Court in ordered that it must be landed and kept at the Lanseria airport outside the city. 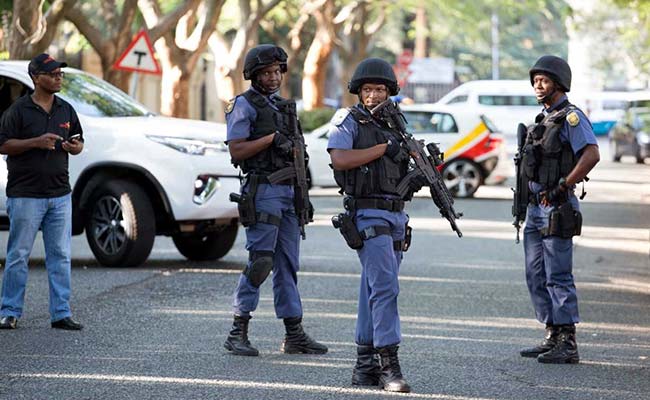 JOHANNESBURG: A private jet used by a business family at the heart of corruption allegations against former South African president Jacob Zuma was grounded Monday by a court order, according to court documents.

The whereabouts of the Bombadier Global 6000 jet is unknown, but the High Court in Johannesburg ordered that it must be landed and kept at the Lanseria airport outside the city.

The court gave the Guptas 15 days to hand over the luxury jet.

"Within 15 calendar days of the date of this order, the (Gupta company) shall deliver the Bombadier" into the custody of the Export Development Canada (EDC) at Lanseria International Airport, ruled High Court judge Kathree Setiloane.

She also "interdicted and restrained" the Gupta family from possessing or using the aircraft which they had been leasing from Stoneriver which had bought the aircraft with funding from the EDC.

The EDC, Canada's state-run trade credit agency, had together with Stoneriver, petitioned the court after the controversial family's businesses defaulted on paying its lease fees for the $41-million (33-million) plane.

If the family fails to comply with the order to return the aircraft, the court ordered that the South African aviation authorities cancel the plane's registration certifiate.

EDC also had feared that the plane could be used to commit criminal offences given that its public tracking device had been switched off.

The judge said the fact that the Guptas did not want the whereabouts of the plane to be known "makes for the pungent possibility that this was done so that the aircraft can be used for unlawful purposes".

The Indian-born Gupta family has been accused of corrupt dealings with Zuma, allegedly benefiting from favourable government contracts and mining deals.

Promoted
Listen to the latest songs, only on JioSaavn.com
The brothers are facing police investigations, while Zuma resigned last month under pressure from ANC ruling party lawmakers after a nine-year reign tainted by fraud scandals.