Singapore is currently in the Phase-2 of its reopening -- starting from June 19 -- with the gradual resumption of operations by allowing more businesses. 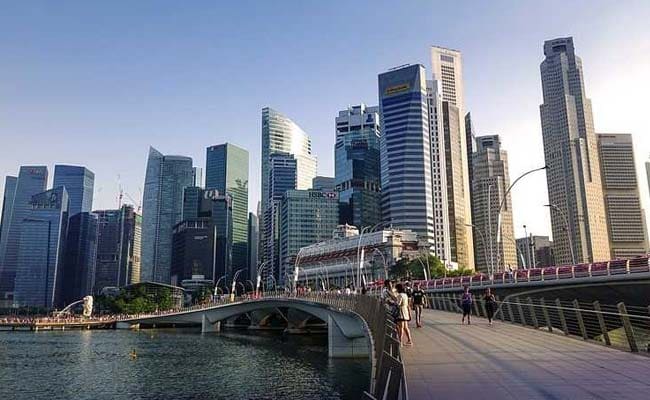 Singapore has deported 10 Indian nationals, including students, and barred them from re-entering the country for violating the "circuit breaker" rules enforced to curb the spread of the coronavirus, officials announced on Monday, warning that the government would not hesitate to take "strong action" against those blatantly disregarding the laws.

The "circuit breaker" period in Singapore began on April 7 as part of which all non-essential work places were closed and residents were barred from leaving their houses except to buy food and groceries or to exercise alone in the neighbourhood. The period ended on June 2.

Singapore is currently in the Phase-2 of its reopening -- starting from June 19 -- with the gradual resumption of operations by more businesses. As on Sunday, the country reported total 45,961 coronavirus cases and 26 deaths.

The 10 Indians, holding student or work passes, were caught having a social gathering at a rented apartment on May 5, the Singapore Police Force (SPF) and the Immigration and Checkpoints Authority (ICA) said in a joint press release.

"Their passes were cancelled after their convictions. They were deported to India between June and July 2020 and barred from re-entering Singapore," the release said.

"The authorities will not hesitate to take strong action against anyone who does not comply with (safe distancing measures) or shows blatant disregard for our laws, and this may include the termination of visas or work passes, where applicable," it stated.

According to the authorities, on May 5, Navdeep Singh, 20, Sajandeep Singh, 21, and Avinash Kaur, 27, invited six men and one woman for a social gathering at their rented apartment along Kim Keat Road.

In a similar incident, a 23-year-old Indian-origin Malaysian national was deported from Singapore to Malaysia for violating the "circuit breaker" rules.

According to the authorities, Arvinish N Ramakrishnan had invited his friend to his residential unit for drinks on April 18, eleven days after the circuit breaker started. After drinking, Arvinish, who was in Singapore on a work permit, was riding the friend home on a motorcycle when they were stopped at a police roadblock.

Arvinish was charged with drink-driving and violating restrictions on leaving his place of residence and the prohibition on social gatherings.

He pleaded guilty and was fined SGD 4,000 (USD 2,878). His work pass was revoked after conviction and he was deported to Malaysia on June 5 and barred from re-entering Singapore.

Arvinish's friend, a Malaysian, was issued with a notice of composition for violating restrictions on leaving his place of residence and given a "stern warning" for violating the prohibition on social gatherings.

In another incident, a 37-year-old Chinese national, who was in Singapore on a work permit, was arrested in an anti-vice operation at a condominium on May 5, the release said.

Cheng Fengzhao was found to have allowed a male customer into her residential unit for a massage service. She had provided services to the same client at her unit on April 19 as well.

For both the offences, the woman was charged with two counts of permitting another person into her residence without a valid reason under the COVID-19 regulations. She pleaded guilty and was fined SGD 7,000 (USD 5,037).

Cheng's work pass was revoked after her conviction. She was deported to China on June 10 and barred from re-entering Singapore, the release said.

Her client, a Singaporean national, was issued a notice of composition for violating the prohibition on social gatherings, the authorities said.