Describing Nikhil Rathi as an "outstanding candidate", Rishi Sunak said he had been chosen after a thorough worldwide search for the important role. 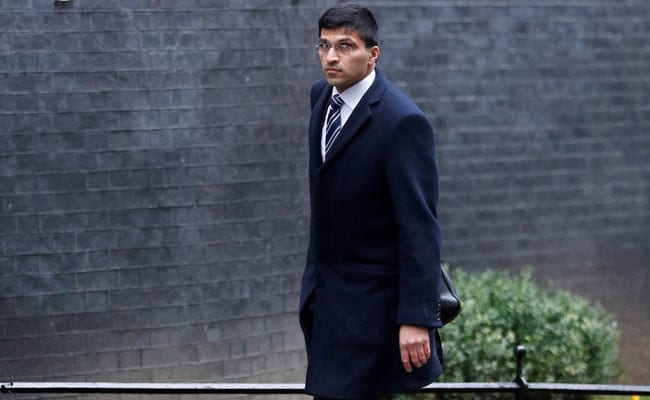 Describing Mr Rathi as an "outstanding candidate", Mr Sunak said he had been chosen after a thorough worldwide search for the important role at the conduct regulator for the UK's financial markets and over 59,000 financial services firms.

"Nikhil is the outstanding candidate for the position of Chief Executive of the Financial Conduct Authority (FCA), and I am delighted that he has agreed to take up the role," he said.

"We have conducted a thorough, worldwide search for this crucial appointment and, through his wide-ranging experiences across financial services, I am confident that Nikhil will bring the ambitious vision and leadership this organisation demands," Mr Sunak said.

He thanked the FCA's interim CEO Christopher Woolard for his work while the search for a new candidate was undertaken after former FCA chief executive Andrew Bailey left the post to take over as Bank of England Governor in March.

Mr Rathi, who has worked within the government ranks at the UK Treasury as Director of the Financial Services Group between 2009-2014 before taking on his current private sector role at the London Stock Exchange, said he was honoured to be appointed to the FCA.

"In the years ahead, we will create together an even more diverse organisation, supporting the recovery with a special focus on vulnerable consumers, embracing new technology, playing our part in tackling climate change, enforcing high standards and ensuring the UK is a thought leader in international regulatory discussions," Mr Rathi said.

"I look forward to building on the strong legacy of Andrew Bailey and the exceptional leadership of Christopher Woolard and the FCA Executive team during the crisis. FCA colleagues can be very proud of their achievements in supporting consumers and the economy in all parts of the UK in recent months," Mr Rathi said.

The FCA also has a purview as the prudential supervisor for nearly 49,000 firms not supervised by the Prudential Regulation Authority (PRA), setting specific standards for 19,000 firms of the country.

It has an overarching strategic objective of ensuring the relevant markets function well.

To support this, it has three operational objectives: to secure an appropriate degree of protection for consumers; to protect and enhance the integrity of the UK financial system; and to promote effective competition in the interests of consumers.

"Nikhil has been closely involved in guiding the FCA's development through his roles on our Practitioner Panel and Markets Practitioner Panel, and brings both private sector management skills and experience of domestic and international regulatory policymaking," said FCA Chair Charles Randell.

"I look forward to working with him as he leads the FCA to deliver the next phase of its mission," he said.

As per the terms of the new 4,55,000 pounds a year role at the FCA, Mr Rathi will have no remaining interests in London Stock Exchange Group shares once he joins the FCA in a few months' time.