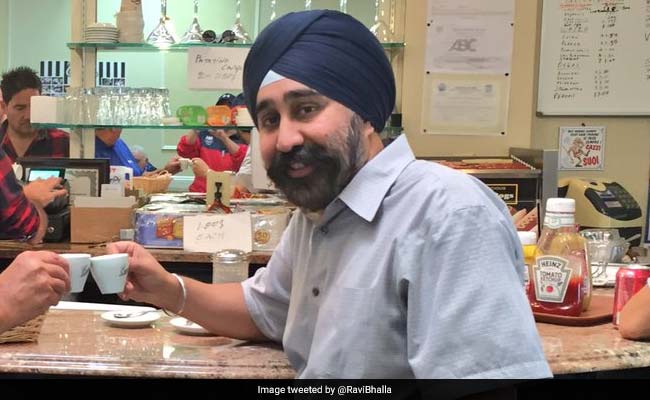 New York: Ravinder Bhalla has become the first ever Sikh mayor of New Jersey's Hoboken city after a stiff competition that turned ugly when he was labelled a "terrorist" in slanderous flyers.

Mr Bhalla was endorsed by current Mayor Dawn Zimmer, who in a surprising decision announced not to run for re-election in June.

He is the first Sikh to hold elected office in New Jersey.

Mr Bhalla, who has been on the city council for more than seven years, claimed the victory at Moran's Pub on Garden Street yesterday with dozens of his supporters, as well as his friends and family, NJ.com reported.

"Thank you Hoboken. I look forward to being your Mayor!," Mr Bhalla tweeted.

Thank you Hoboken. I look forward to being your Mayor! #TeamBhalla#FinishedStrongpic.twitter.com/UKPuXkDWGX

"We've been through a bruising campaign... but now is the time we come together and see who we can work with to bring this city forward," he said.

The wide-open campaign that kicked off in June with Mr Zimmer's announcement quickly turned into heated race, with Anthony Romano's campaign manager, Pablo Fonseca, calling the race "ugly" and "divisive", the report said.

Yesterday, a flyer w/ word "terrorist" above a pic of me was circulated in Hob. Of course this is troubling, but we won't let hate win. pic.twitter.com/Ri9xrYF4Al

They have a photo of New Jersey Councilman Bhalla. In red letters above him, the flyers read: "Don't let terrorism take over our Town!", it added.

Promoted
Listen to the latest songs, only on JioSaavn.com
The recent flyers were not the first time he had been referred to as a "terrorist". A Jersey City man previously tweeted: "how the hell did Hoboken allow this guy to be a councilman. He shouldn't even be allowed in the US #terrorist."

Mr Bhalla tweeted about the flyers. They read "Don't let TERRORISM take over our Town!".