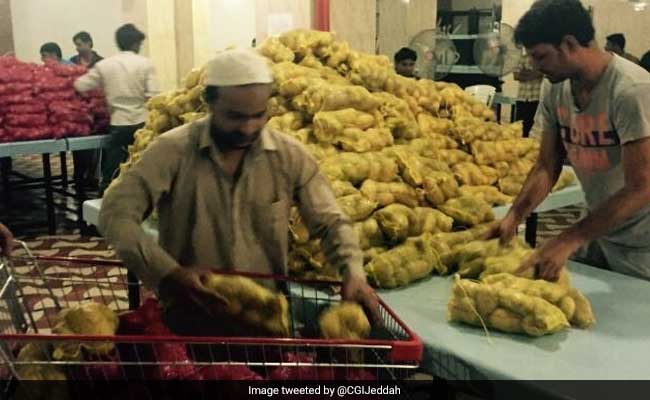 Over 10,000 Indian workers in Saudi Arabia are facing severe food shortage due to financial hardship.

New Delhi: In a humanitarian crisis, over 10,000 Indian workers in Saudi Arabia are facing severe food shortage due to financial hardship after losing their jobs and the government has ordered its mission in the Gulf nation to provide food to them besides other assistance.

Late in the evening, External Affairs Minister Sushma Swaraj appealed to 30 lakhs Indians in that country to help their "fellow brothers and sisters", asserting that there is nothing "mightier" than the collective will of the Indian nation.

"We have asked @IndianEmbRiyadh to provide free ration to the unemployed Indian workers in Saudi Arabia," she said in a series of tweets. Ms Swaraj said Indians in Saudi Arabia and Kuwait were facing various problems relating to their work and wages and that the "matters are much worse" in the former.

Her initial response came following a tweet by a man who said around 800 Indians were starving for the last three days in Jeddah and sought her intervention.

However, later, she said "The number of Indian workers facing food crisis in Saudi Arabia is over ten thousand. It is not 800 as is being reported." Minister of State for External Affairs VK Singh will soon travel to the Gulf nation to assess severity of the problem and try to resolve it.

I assure you that no Indian worker rendered unemployed in Saudi Arabia will go without food. I am monitoring this on hourly basis.

Ms Swaraj said a large number of Indians have lost their jobs in Saudi Arabia and Kuwait and that their employers have not paid wages and closed down their factories.

"As a result our brothers and sisters in Saudi Arabia and Kuwait are facing extreme hardship," she said, adding while the situation in Kuwait is "manageable", matters are much "worse" in Saudi Arabia.

The Indian Consulate officials have already left for a highway camp near Jeddah where hundreds of workers need assistance.

The Consulate, in association with the Indian Community in Jeddah, has already distributed 15,475 kg of food stuff and other items.

"I appeal to 30 lakhs Indians in Saudi Arabia. Please help your fellow brothers and sisters. There is nothing mightier than the collective will of Indian nation," Ms Swaraj said.