Kamala Harris being on the national ticket opens the door for many people from all minority communities to aspire to lead this great nation, the chairman of the Sikh Council on Religion and Education and Senior Adviser to National Sikh Campaign said. 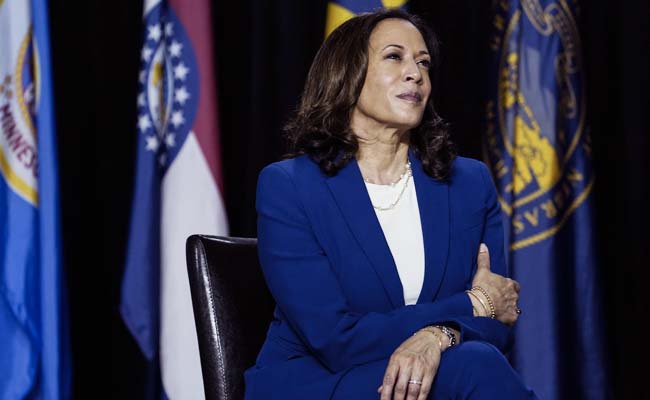 Indian-American Muslims and Sikhs here have hailed the selection of Senator Kamala Harris as the Democratic party's vice-presidential candidate, calling it a remarkable success for the entire community.

The 55-year-old California senator, whose father is from Jamaica and mother an Indian, becomes just the third woman to be selected as the vice president on a major party ticket. Then-Alaska Governor Sarah Palin in 2008 and New York Representative Geraldine Ferraro in 1984 were the other two.

In a statement, the Association of Indian Muslims of America (AIM) congratulated Ms Harris on her nomination and lauded the Indian-American community for its extraordinary success in the face of tough competition in US in just about five decades.

Kaleem Kawaja, the executive director of AIM, expressed joy at the remarkable high success of a second generation Indian-American in becoming a candidate for the second highest public office in America.

Kamala Harris is the daughter of Prof Shyamala Gopalan, a cancer biologist, who was from Chennai, India, and had emigrated to US in 1965.

Welcoming the addition of Ms Harris to the Democratic presidential ticket, Dr Rajwant Singh, chairman of the Sikh Council on Religion and Education and Senior Adviser to National Sikh Campaign, said that it is a great step for such as major party to add someone from the minorities for the national office in America.

"It means a great to deal to blacks, women and to all immigrants," he said.

"We are thankful to both Joe Biden and Kamala Harris for reminding Americans about the 8th anniversary of the shooting at Sikh Gurdwara in Oak Creek, Wisconsin, just a few days ago. We need more of our political leaders to be forthcoming on these critical issues of gun violence and hate crimes facing America," Dr Singh said.

Ms Harris being on the national ticket opens the door for many people from all minority communities to aspire to lead this great nation, Dr Singh added.

$9,000 Fine For Singapore Manager For Confining 3 Indians For 40 Days