A graduate in international politics from Georgetown University, Medha Raj has earned her MBA from Stanford University. 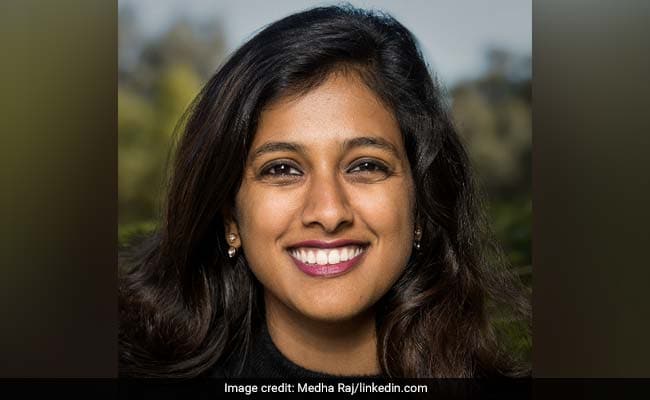 Indian-American Medha Raj has been named by Democratic presidential candidate Joe Biden as his digital chief of staff, a key role in his election campaigns which are entirely going virtual due to the COVID-19 pandemic in the US.

In this capacity, Ms Raj will work across all facets of the digital department to streamline and coordinate how to maximise the impact of its digital outputs, Joe Biden's campaign said.

"Excited to share that I've joined Joe Biden's campaign as the Digital Chief of Staff. 130 days to the election and we're not going to waste a minute!" she said on LinkedIn.

The news was first reported by CNN, which the news channel said is part of the efforts of the Biden campaign to adapt to an almost entirely virtual campaign trail brought on by the coronavirus pandemic.

The US is the hardest-hit country by the coronavirus pandemic, with more than 2.64 million official cases and over 128,000 deaths.

According to CNN, Clarke Humphrey, who previously worked on Hillary Clinton's 2016 campaign, will act as the Biden campaign's new deputy digital director for the grassroots fundraising.

He is from the Kamala Harris' campaign. Christian Tom is the new director of digital partnerships. Over the past few months, Mr Biden has been relying more and more on digital campaigning and raising funds virtually.

A graduate in international politics from Georgetown University, Medha Raj has earned her MBA from Stanford University.

Former US Vice President Joe Biden would formally accept his Democratic presidential nomination at the party's scaled back convention in Wisconsin's Milwaukee city on August 20.

In view of the coronavirus pandemic, the US Democratic National Convention Committee (DNCC) on Wednesday announced its convention plan to broadcast from Milwaukee and across the nation to reach out to all Americans.

According to some of the latest opinion polls, Joe Biden is leading by more than eight percentage points over Donald Trump.