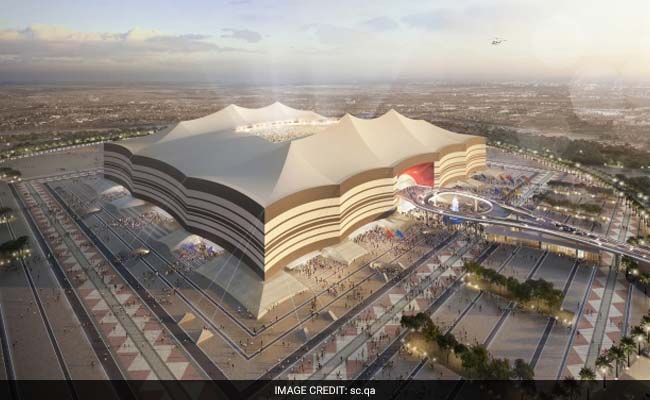 Al Bayt is a stadium having a capacity to accommodate 60,000 people. It will be used for the World Cup tournament in 2022.

Dubai: A 48-year-old Indian steelworker who fell sick at the World Cup site in Qatar has died of cardiac arrest, organisers of the 2022 football tournament said.

He received first-aid treatment until paramedics arrived, the organisers said in a statement.

"The family of Prasad has been informed of the tragedy immediately," it said.

A probe into the matter is underway as increasing number of labour abuses have been reported during the preparation of upcoming World Cup tournament that will cost around USD 30 billion.

Al Bayt is a stadium having a capacity to accommodate 60,000 people. It will be used for the World Cup tournament in 2022.

Amnesty released a report in March to highlight the abuses faced by the workers at the World Cup site in Qatar.

"Migrant labourers including from India faced abuse that in some cases amounted to forced labour while working on a stadium that will host soccer matches for the 2022 World Cup in Qatar," Amnesty International had alleged.

Foreigners account for 90 per cent of the 2.5 million people living in Qatar, many of them low-paid migrant workers from South Asia, the report said.

The Indian population in the country currently stands at around 7,20,000.

Indian-Origin "Romance Fraudster" Jailed For Over 4 Years In UK