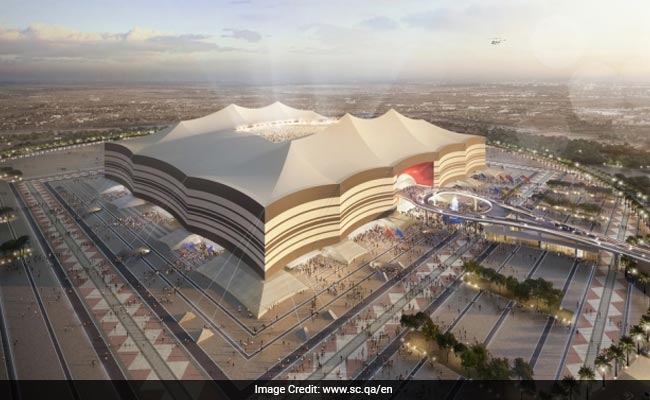 An artist's impression of the Al-Bayt Stadium.

Doha: An Indian worker died at the construction site of the Al-Bayt 2022 World Cup Stadium after he fell ill, the tournament's organising committee announced today.

The worker, 48, died on Wednesday after suffering a cardiac arrest at the stadium's construction site in the Qatari city of al-Khor, reports Efe.

Qatar's Supreme Committee for Delivery and Legacy of the 2022 World Cup announced that it has opened an investigation into the death of the Indian labourer to determine the circumstances of the incident.

The conditions of workers building the Qatar World Cup stadiums have been reported as very poor by several human rights organisations.

Reports have also emerged of the deaths of hundreds of workers.

In March, Amnesty International warned against labour exploitation of immigrants in the construction works of the 2022 World Cup stadiums and facilities, and said workers were living in subhuman conditions, without even basic rights.