Born on Easter in 2004, Jeuel G Jomay lost his seven-year-long battle with cancer this Good Friday, a day before he turned 16 on April 11. 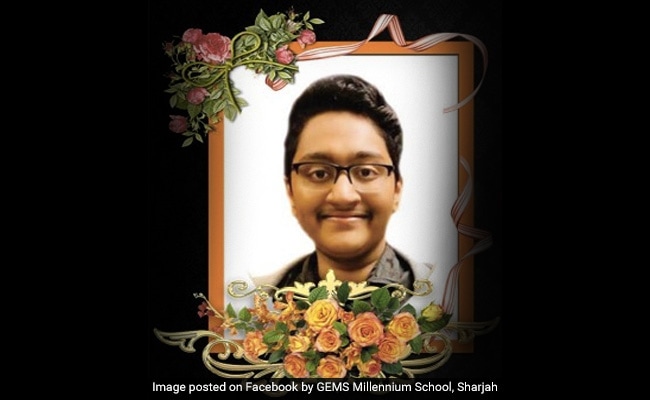 Jeuel Jomay lost his seven-year-long battle with cancer on April 11, a day before he turned 16.

Bidding the final goodbye is always a difficult thing and for an Indian family in the UAE it became more harder as they had to do it virtually due to travel restrictions amid the coronavirus outbreak, according to a media report.

The family had to watch the funeral of their cancer-stricken son on Facebook as they could not accompany his body flown to Kerala due to travel restrictions, the Gulf News reported.

Born on Easter in 2004, Jeuel G Jomay lost his seven-year-long battle with cancer this Good Friday, a day before he turned 16 on April 11.

A grade 10 student of GEMS Millennium School in Sharjah, Jeuel breathed his last at a hospital in Dubai, where he was admitted two weeks earlier, the report said.

His heartbroken family comprising his parents and two younger brothers wished to lay him to rest in their hometown in Pathanamthitta.

After days of struggle, the family got approval for sending the mortal remains of the boy on a cargo plane on Wednesday, with support from social workers and government officials. However, none of them could fly along.

"None of the flights was getting sanctioned soon. His father wanted to fly with him. But that was not possible. Finally, we managed to send him yesterday. We are grateful to everyone who supported us," the paper quoted Jeuel''s cousin as saying.

Due to the movement restrictions and social distancing rules, she said only the family members could attend a prayer held at the embalming centre in Muhaisnah before the body was flown to Kerala on an Emirates cargo flight, the family member said.

Jeuel''s cousin said the family also had to obtain special permission for holding the funeral service during the lockdown back home.

She said his parents and brothers would take time to recover from the irreparable loss, but are grateful that he was laid to rest in their hometown.

Help Us Get Home, Urge Stranded Indian Students In America