Indian-Origin Politician Raises Over $7 Million For US Senate Race

Sara Gideon's campaign said that she has raised USD 3.5 million in the last quarters ending on December 31, taking total to USD 7.6 million. 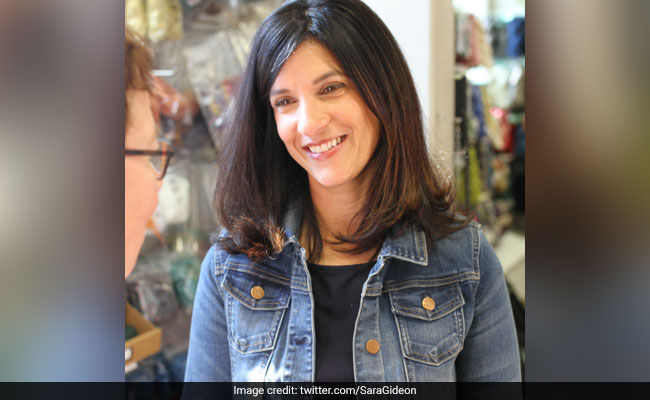 Indian-origin American politician Sara Gideon has raised USD 7.6 million in her bid to enter the US Senate from the state of Maine.

Gideon, 48, daughter of an Indian-American father, is currently the Speaker of the Maine State Assembly.

She hopes to challenge Republican Senator Susan Collins in the November Congressional elections.

Incumbent Collins has raised more than USD 10.9 million in this election cycle.

Gideon's campaign said that she has raised USD 3.5 million in the last quarters ending on December 31, taking her total to USD 7.6 million.

While Collins leads in the fundraising efforts, Gideon in the last quarter raised more money than the incumbent Republicans.

Gideon, whose mother is from Armenia, announced to run for the US Senate in June last year.

"Over the past seven months, we've built a strong grassroots movement travelling to every corner of the state, holding "Suppers with Sara" and talking to Mainers about the challenges they face," Gideon said in a recent statement.

"Washington is broken - it's too responsive to special interests and that's why I'm not accepting any corporate PAC money in this race," she said.

In the Democratic primary, she is contesting against lobbyist Betsy Sweet of Hallowell, former Google executive Ross LaJeunesse and defence attorney Bre Kidman of Saco.

A graduate from the George Washington University's Elliott School of International Affairs in Washington, Gideon served as an intern for US Senator Claiborne Pell.

She was first elected to the Maine House in 2012. In 2014, she was chosen as the Assistant Majority Leader of the Maine House of Representatives. In 2016, she was elected by her colleagues to serve as the Speaker.

Launching her campaign in June last year, Gideon said she is running for Senate to make a difference.

"At one point, maybe Senator Collins was different but she doesn't seem that way anymore: taking over a million dollars from drug companies and the insurance industry and voting to put Brett Kavanaugh on the Supreme Court," she said.

According to India Abroad newspaper, Gideon's father immigrated from India and worked as a pediatrician in Rhode Island, where Gideon, the youngest of four children, grew up.

She moved to Maine after meeting her husband Ben Gideon, a personal injury trial lawyer with the firm of Berman and Simons.