US Election Result: Republican Senator Marco Rubio shared a GIF of a large blue wave on Twitter. Blue is the colour associated with the Democratic Party. 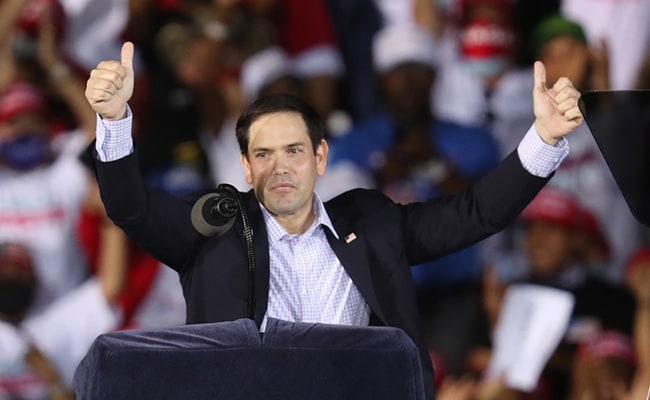 Senator Marco Rubio, a member of USA's Republican Party, is facing vicious trolling on social media for seemingly predicting a Democratic win in Florida. The senator shared an Election Day tweet a few hours ago, saying that his home state ended with a 0.6% turnout advantage in 2016.

"Just wait until you see what it is this time," he wrote.

Alongside the tweet, Mr Rubio shared a GIF of a large blue wave, seemingly unaware that blue is the colour of the Democratic Party. In fact, the term "blue wave" is widely used to denote strong Democratic performance at the polls, according to Huffington Post.

Essentially, and unintentionally, Senator Marco Rubio teased a victory for Joe Biden in Florida with his tweet.

In 2016 Republicans ended with a 0.6% turnout advantage in #Florida

Just wait until you see what it is this time pic.twitter.com/UvQ4ZgyfRT

The tweet has faced massive backlash on the microblogging platform, with many rushing to remind the senator of his party colours.

Actor Patricia Arquette picked up on his mistake and wrote: "Do you know you posted a blue wave?"

Model and entrepreneur Chrissy Teigen said: "There are SO many photos of a flood and you chose a blue wave."

Who is going to tell him?

US President Donald Trump and Democratic challenger Joe Biden are battling it out for the White House. The US media is projecting wins for the Republican incumbent so far in 23 states including big prizes Florida and Texas, as well as Indiana, Kentucky, Missouri and Ohio -- all states he won in 2016.