Pawandeep Sandhu was sentenced at Snaresbrook Crown Court in east London on Monday after the prohibited firearm was discovered in the bottom drawer of a wardrobe in his home. 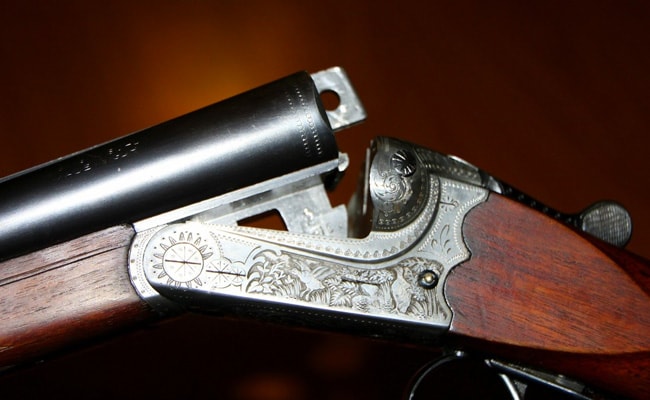 An Indian-origin man has been sentenced for more than six years of imprisonment for concealing a sawn-off shotgun in his family home in London.

Pawandeep Sandhu was sentenced at Snaresbrook Crown Court in east London on Monday after the prohibited firearm was discovered in the bottom drawer of a wardrobe in his home.

The 21-year-old was sentenced to six years' imprisonment for one count of possession of a prohibited firearm and also given an extra three months, to be served consecutively, for a previously suspended sentence for possession of a knife.

"The Met [Metropolitan Police] is always working to remove lethal weapons including guns and knives from the streets of London, taking them out of the hands of people who are a danger to our communities,” said Detective Inspector Glenn Butler of the Met Police's Specialist Crime Command.

“I am incredibly pleased that another deadly firearm has been taken out of circulation and that the sentence reflects the seriousness of Sandhu's actions. Those who carry and try to conceal weapons should have no doubt – we will use every tool at our disposal to protect our communities and put those intent on perpetrating serious violence behind bars," he said.

On June 30, Mr Sandhu was detained by Met Police officers at Seven Kings Park in Ilford, east London, and searched for weapons after he and two males had run off from police. When searched, he was found to be in possession of GBP 492 in cash, an iPhone 8, a car key and other personal items.

A machete and two lock knives were found discarded in the area of the park where they had previously been seen. Later that day, officers executed a search warrant at Sandhu's family home. A search of his bedroom revealed a single-barrelled, 12-bore folding shotgun, which had been shortened at the barrel and the stock.

This “sawn-off” shotgun was test-fired using 12 bore shotgun cartridges, including cartridges found at Mr Sandhu's home address, and was found to be in working order and capable of causing lethal injuries.

When interviewed, Mr Sandhu claimed that he had only had these items in his possession for two to three weeks, and this was at the order of an unknown man. However, extensive enquiries of his mobile phone records disputed Mr Sandhu's claims, and he corroborated that he was the only person to use the device.

A video on his mobile phone, dated March 2020, featured Mr Sandhu and what appeared to be the same sawn-off shotgun. This undermined his claim that it was only in his possession for a couple of weeks and linked him to the weapon.

On July 1, Mr Sandhu was charged with possession of a shortened shotgun and went on to plead guilty at a hearing at Snaresbrook Crown Court on August 13 and was sentenced this week.