Kirtee Kapoor is survived by his wife and daughter, who live in Menlo Park. 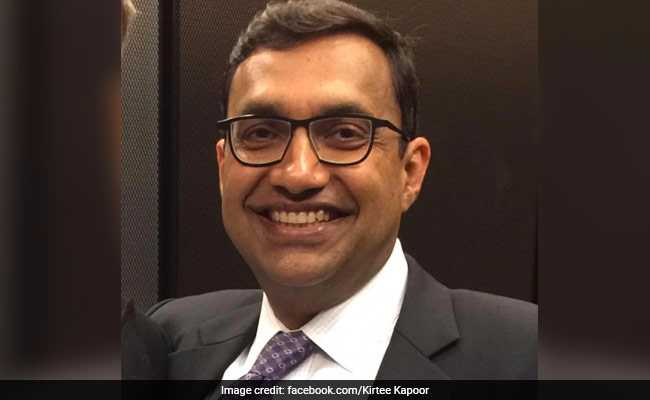 Kirtee Kapoor died in the accident on Monday near Atherton, the Mercury News reported.

Washington: An Indian-origin lawyer died after he was hit by a train at a crossing in a northern California town.

Kirtee Kapoor, the head of Davis Polk & Wardwell's India group and a partner at the firm in Menlo Park, California, died in the accident on Monday near Atherton, the Mercury News reported.

A statement on the Davis Polk website said Mr Kapoor was born in Bengaluru and did his LLB from the University of Delhi Faculty of Law, a BCL from Balliol College, University of Oxford, and LLM from New York University School of Law.

"...Over the next 18 years he spent time in several of our offices advising clients on significant M&A matters and in investments and other transactions around the world."

He was elected to the partnership in 2007 and moved to Hong Kong later that year. In 2015, he joined the firm's northern California office.

"Kirtee was a truly wonderful man. His optimism, warmth, honesty and wisdom were inspiring. He will be remembered as a great partner of the firm, a beloved colleague and adviser, and a steadfast friend to so many," the Davis Polk website said.

Mr Kapoor is survived by his wife and daughter, who live in Menlo Park.
Comments
Indian-origin lawyerKirtee KapoorUS train accident