According to the British Columbian government's citation, Ajay Dilawri is a leading entrepreneur whose vision, perseverance, leadership, and social conscience continues to improve the lives of many people in the province. 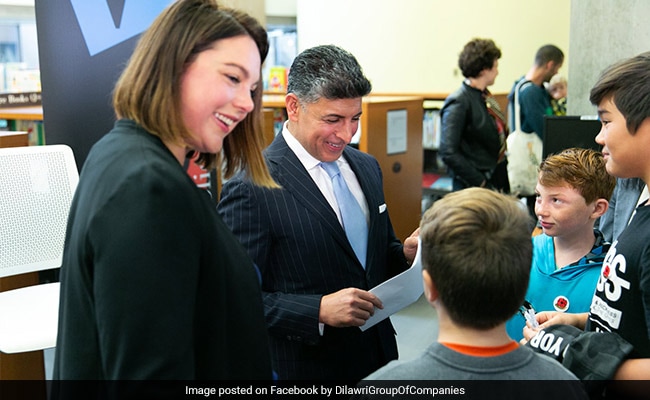 Their extraordinary leadership has been a source of strength for communities across the province, she said.

"In difficult times, they have connected us through art, culture, public service and more. As we move with optimism toward the future, their achievements will be a foundation of success for future generations. It is with great honour (that) I share congratulations to these remarkable individuals," Janet said.

According to the British Columbian government's citation, Mr Dilawri is a leading entrepreneur whose vision, perseverance, leadership, and social conscience continues to improve the lives of many people in the province.

"He has made a significant and far-reaching impact throughout British Columbia. Ajay and his brothers Kap and Tony are the founders of the Dilawri Group - the largest automotive group in Canada, with more than 4,000 employees and 76 automotive dealerships across Canada.

"With 24 dealerships in B.C. alone, he supports more than 2,000 employees and their families in his home province. His significant investment in electrical vehicle development is also helping address climate change and contributes to a greener economy," it said.

The Dilawri brothers' success is largely based on learning a strong work ethic from their parents, who immigrated to Canada from India, according to the citation.

"They haven't forgotten their upbringing and have built the business not only for financial success, but to generate enough capital to give back to the community.

"With a focus on children and healthy outcomes, the Dilawri Foundation has donated tens of millions of dollars to help charitable causes in health care, mental health, education, autism and public safety," it said.

His commitment to making B.C. a better place to live creates a healthier and more productive population, which benefits everyone in the province, it added.

"I want to extend my congratulations and honour them for their leadership and dedication as community leaders. Trailblazers in medicine, that carried us through an incredibly difficult pandemic with expertise, grace and of course, kindness. Inspiring philanthropists, determined protectors of the environment and powerful Indigenous leaders. We are all truly grateful for your leadership," he said.

Sub-Zero Temperature, Indian Students In Ukraine Down To Fruits, Biscuits