Laila Rouass is a popular star on British television having appeared on shows such 'Footballers' Wives' and 'Holby City'. She was on a holiday in Barcelona when the attack took place. 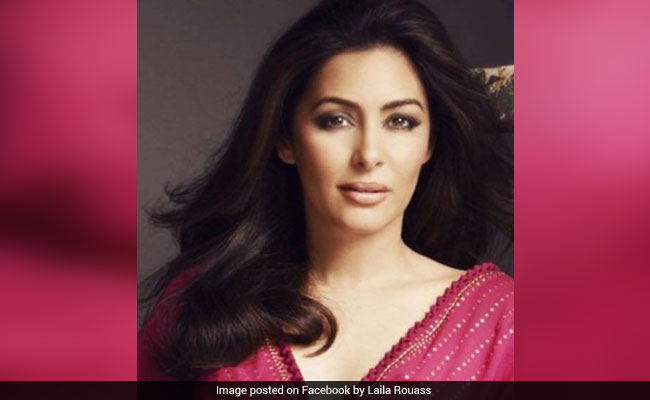 Laila Rouass was on a holiday in Barcelona with her 10-year-old daughter when the attack took place.

London: An Indian-origin television actress in the UK had a lucky escape when she hid in a restaurant freezer during the terrorist attack in Spain where a van ploughed through pedestrians, killing 14 people and injuring around 100. Laila Rouass, 46, who was on a holiday in Barcelona with her 10-year-old daughter Inez Khan, live tweeted from her hideout as the attack unfolded in the busy Las Ramblas area of the city.

"In the middle of the attack. Hiding in a restaurant freezer. Happened so fast. Praying for the safety of everyone here," she tweeted.

"Gunshots just heard. Armed police running down the street looking for someone," she added.

Ms Rouass, born to a Moroccan father and Indian mother, is a popular star on British television having appeared on shows such as 'Footballers' Wives' and 'Holby City'.

Ms Rouass, who is married to British snooker player Ronnie O'Sullivan, began her television career in India as a VJ on Channel V during the 1990s.

"Thank you to the staff at the restaurant for staying calm and keeping us safe. I love you Barcelona," she tweeted towards the end of her ordeal.

After leaving her restaurant hideout yesterday, Ms Rouass shot footage of a police helicopter in the sky above Barcelona and has since posted no further updates on social media.

Four terror suspects have been arrested over the incident which Spanish police described as a "terrorist attack with the aim of killing as many people as possible".

Five terrorists wearing suicide belts who were planning a second attack in the coastal town of Cambrils were shot dead by police.