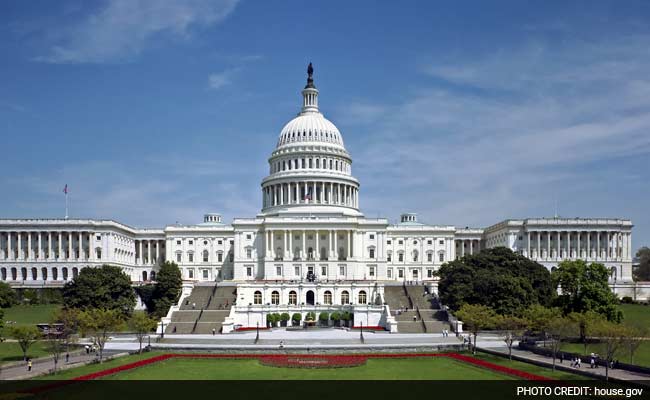 Five Indian Americans were elected to the US Congress.

Washington, United States: With a record five Indian Americans elected to the US Congress, the minority community has now set its eyes on doubling the number of its lawmakers followed by a White House occupant.

The goal, which might look difficult, was set by the three-term Indian-American Congressman Ami Bera, who is now the senior-most of the four Indian-Americans members in the US House of Representatives.

"Today is a historic day," Mr Bera, 51, told a gathering of eminent Indian-Americans gathered from across the country to celebrate the election of a record number of Indian-Americans to the US Congress.

Mr Bera, who was elected for the first time to the US House of Representatives in 2012, said he was joined by three other Indian-Americans in the House: Raja Krishnamoorthi from Illinois, Pramila Jayapal from Washington State and Ro Khanna from California.

Kamala Harris was also sworn in as the first Indian- American Senator in the Congress.

Four years ago, at a community reception in his honour in Washington DC, Mr Bera had said that he wanted to have five Indian-Americans in the Congress, including a Senator.

"This is now a reality," chipped in Congressman Joe Crowley, a former Co-Chair of the Congressional India Caucus, in his address to the Indiaspora gala.

"What is remarkable that in one generation our community has done so much," Mr Bera said as he introduced the newly- elected Indian-Americans in the House to the hundreds of community members.

"Now we need to set a goal of having 10 Congressmen and our own Indian American president," Mr Bera said, as his sentiment echoed in speeches throughout the night.

"We have come a long way, but we have long ways to go," said Silicon Valley-based venture capitalist and philanthropist M R Rangaswami, the brain behind the gala.

"I am so proud to be elected as the first Indian-American women to the US House of Representatives," said Ms Jayapal.

"What I hope and believe that I would be the first Indian American woman elected to the Congress, but would certainly not be the last one," she said, urging the younger generation members of the community to join politics.

"We are going to make sure that Indian-Americans across the country see our election not only as personal victories for ourselves and our district and our country, but as opportunities and role models for others to be engaged in democracy to run for office themselves," Ms Jayapal said.

The election of five Indian-Americans to the Congress is "really a testament" of the accomplishments of the community, noted Krishnamoorthi.

"For all of those in the audience tonight who are thinking about running for office, there is no better time than now.

You have role models, we have play book. It's time to get started," Krishnamoorthi said.

Ashley Tellis said the best of the community is yet to come as the next generation of Indian Americans have great potential in political field.

The Indian Ambassador to the US, Navtej Sarna, described the historic election of four Indian Americans in the House and one in the Senate as "mainstreaming" of the community.

"It is a great achievement for the community which is only one percent of this country's population, but represents seven per cent of the doctors and 30 per cent of the startups. And now we have five people on the Hill. It is truly the mainstreaming of the Indian American community in US politics," Mr Sarna said in his brief address.