Indian-American Sarah Gideon Gets Joe Biden's Endorsement For US Senate

Sara Gideon, 48, is currently the Speaker of the Maine State Assembly. She won the Democratic primary early this week to challenge incumbent four-time Republican Senator Susan Collins, 67, in the November polls. 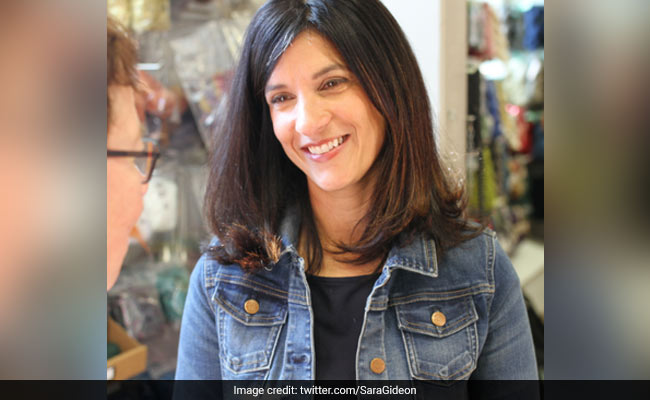 Democrats are pinning a lot of hope on Sara Gideon to get them a majority in the Senate.

US Democratic presidential nominee Joe Biden on Friday endorsed Indian-origin American politician Sara Gideon in her race for the US Senate from the State of Maine.

Ms Gideon, 48, is currently the Speaker of the Maine State Assembly. She won the Democratic primary early this week to challenge incumbent four-time Republican Senator Susan Collins, 67, in the November polls.

"I want to congratulate Sara Gideon on her win in Tuesday's Democratic primary," Joe Biden said in a statement on Friday.

Daughter of Indian-American father and Armenian mother, M Gideon has already attracted the attention of the entire Democratic Party from across the nation and has raised a massive $23 million, which is a Maine record.

Democrats are pinning a lot of hope on her to get them a majority in the Senate.

"This November, we need to restore the soul of America by ending the Presidency of Donald Trump. To do that, I need the help of every voter in Maine," Biden said.

"But ending the Trump nightmare is not enough. We can''t just go back to the way things were. We need to make progress on health care, the climate crisis, criminal justice reform, our courts, and so much more. And to do that, I need Sara Gideon in the US Senate," the former vice president said.

After entrepreneur Rik Mehta, Gideon is the second Indian-American to have won a Senate primary race this election season. Both are the first Indian-Americans to win the primaries in their respective states.

"Sara has been a leader on expanding health care coverage and lowering costs. On fighting against opioids and fighting for working families. She''s taken on the drug companies and she''s fought for the environment. I support Sara Gideon for U.S. Senate and hope you will too," Mr Biden said.

Ms Gideon said she is honoured to have Joe Biden's support in this race. "I know that together, we will make real progress on the issues that matter most to Mainers," she said.

"Here in Maine, we've fought to expand access to affordable health care, passed meaningful prescription drug reform, and set ambitious goals to fight climate change -- and that''s the kind of leadership Mainers and Americans need in Washington. The future of our country is at stake in this election, and I''m proud to stand with Joe Biden to win back the White House and flip the Senate in November," Ms Gideon said.

Earlier, Maine Governor Janet Mills announced the endorsement of Sara Gideon in the Maine US Senate race, citing her record work in the State House -- affordable health care, strengthening access to reproductive rights, passage of property tax relief, among others.

"Sara Gideon has a proven track record of standing up for Maine families no matter what, and I''m proud to endorse her in this race," said Mills.