Indian-American Peter Mathews To Run For US Congress

Peter Mathews announced to enter the race for US House of Representatives from 47th Congressional District of California. 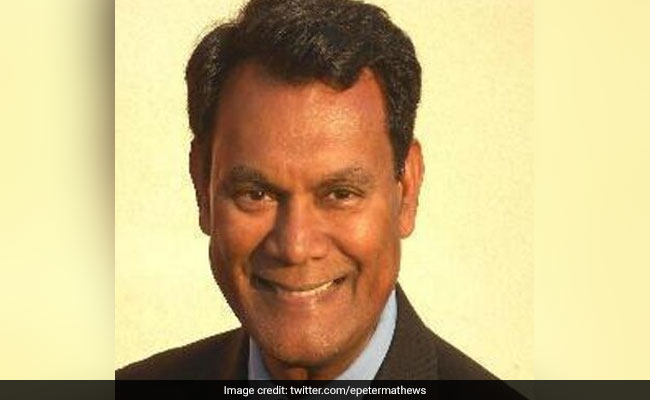 Peter Mathews is a professor of political science and international relations at Cypress College.

Indian-American Peter Mathews, also a political analyst on CNN television, will be running for Congress.

Mathews, who was born in India and immigrated to the US along with his parents at the age of 10, announced to enter the race for US House of Representatives from 47th Congressional District of California.

His father is from Kerala and mother from Tamil Nadu.

"We must move away from selfish, shortsighted policies that are destroying people''s lives and our climate through Corporate Deregulation and Tax Cuts for the Rich started by Reagan and pumped up by Trump," Mathews said.

A CNN television political analyst, Mathews is a professor of political science and international relations at Cypress College.

According to his campaign, Mathews, if elected, will continue his life-long fight for equal treatment with human dignity for all.

"Inside and outside Congress, Peter Mathews will fight against prejudice, discrimination, and unequal treatment based on race/ethnicity, social class, gender, sexual orientation, national origin, religion and age," it said.

(Except for the headline, this story has not been edited by NDTV staff and is published from a syndicated feed.)
Comments
Indian-AmericanPeter MathewsUS Congress

18 Indians On Board Hong-Kong Ship Kidnapped Off Nigerian Coast: Reports