The effort was led by Indian American Congressman Ami Bera who is the chairman of the Asia Sub-Committee of Foreign Affairs Committee of the House. 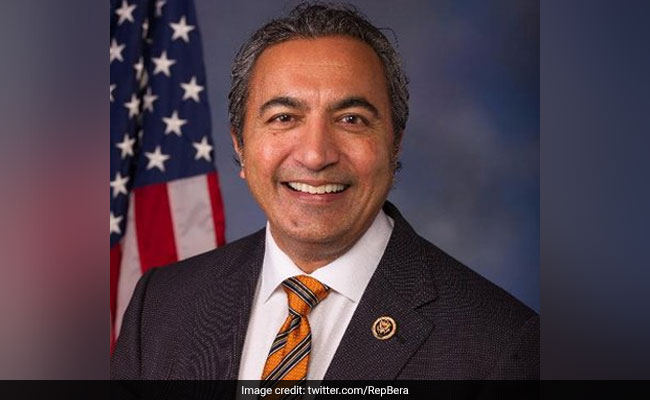 Ami Bera and others expressed concern over changes sought to be imposed on Hong Kong's electoral system.

Led by Indian American Congressman Ami Bera, a bipartisan group of influential lawmakers on Monday expressed concern over changes sought to be imposed by Beijing on Hong Kong's electoral system.

"We are deeply concerned about the changes Beijing announced in Hong Kong's electoral system. These revisions will only continue to advance Beijing's ever-tightening grip on Hong Kongers' autonomy, basic freedoms and fundamental human rights," said a group of lawmakers from both the House of Representatives and the Senate.

The effort was led by Indian American Congressman Ami Bera who is the chairman of the Asia Sub-Committee of Foreign Affairs Committee of the House.

The joint statement was issued in response to the Chinese government's decision to schedule a March 11 vote in the National People's Congress that would impose new restrictions on Hong Kong's electoral system.

"With these planned actions, the Chinese Communist Party is doubling its attempts to impose an authoritarian system on Hong Kong," the statement said.

"Beijing is once again violating its binding international commitments under the 1984 Sino-British Joint Declaration and its obligations under Hong Kong's Basic Law," it added.

"Contrary to recent Chinese government statements, true patriots are not 'yes-men and -women'," the statement said, adding "Beijing's efforts to stamp out democratic opposition in Hong Kong only underscores its own insecurities".

"Congress will continue to speak with one voice in support of freedom, democracy and justice for the people of Hong Kong. In the past two years, we passed legislation giving the executive branch significant new tools to support the people of Hong Kong as they defend their autonomy and basic freedoms," the statement said.

"We urge the Biden Administration to use those tools, and to work with allies and partners to develop other mechanisms to support the people of Hong Kong," the lawmakers said.