Sri Preston Kulkarni, 39, a former US diplomat, won the Democratic primary runoff for Texas by defeating his only rival Letitia Plummer on Tuesday. 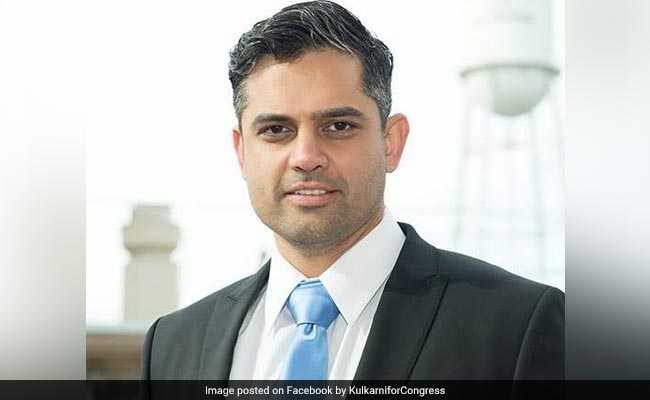 Sri Preston Kulkarni, 39, a former US diplomat, won the Democratic primary runoff for Texas by defeating his only rival Letitia Plummer on Tuesday.

"On May 22nd, we made history in District 22. Our movement, uniting diverse communities through shared values, took us across the finish line and helped me become your Democratic nominee for US Congress," Mr Kulkarni said, thanking his voters after the poll results late last night.

If elected, Sri Preston Kulkarni will be representing District 22 which makes up an ethnically diverse community, a mosaic of many cultures from all over the world.

The runoff was required after no candidate was able to secure the 50 per cent threshold in the primary held in March.

Mr Kulkarni thanked his volunteers for their unflinching support.

"None of this would have been possible without our hundreds of volunteers, from middle-schoolers to senior citizens, and, of course, the thousands of voters who participated in this election," he said.

"I am beyond thankful to be in this fight with you. I look forward to working with you all to make sure our communities and our families get the representation they deserve in Congress," he said.

Mr Kulkarni quit his State Department job to run for the Congress.

"We can't actually do our job and we can't represent America when the government is not representing America. If this is what America represents, then I need to change that," he said.

According to Cook Partisan Voting Index, Texas 22nd is a Republican leaning district.

Mr Olson, a four-term incumbent, has a 10-point advantage in the district. However, Democrats see the district as a pick-up opportunity.

There has been a manifold increase in the Asian-American voter turnout since midterm primary election following Preston Kulkarni's grassroots campaign.

Promoted
Listen to the latest songs, only on JioSaavn.com
Mr Kulkarni is a native Houstonian with degrees from University of Texas and Harvard.

He spent 14 years in the State Department as a Foreign Service Officer and has extensive experience at the federal level, overseas tours in multiple countries and proficiency in six languages.
Comments
Sri Preston KulkarniIndian-american democrat