India is celebrating the 130th birth anniversary of BR Ambedkar this year. 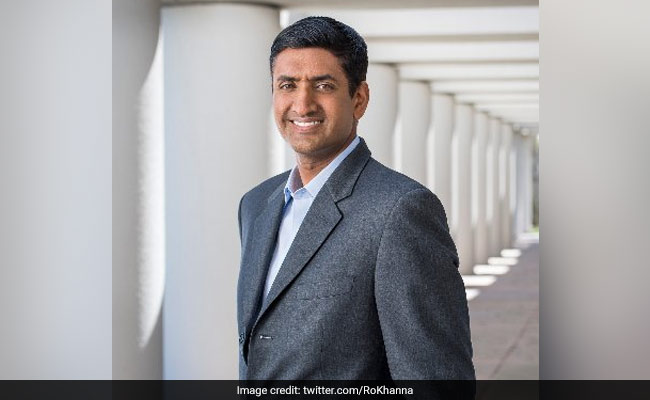 An Indian-American Congressman has introduced a resolution in the US House of Representatives for a second consecutive year to honour Bhimrao Ambedkar, the architect of India's Constitution, on his 130th birth anniversary so that young leaders around the world can be inspired by his vision for equality.

India is celebrating the 130th birth anniversary of Ambedkar this year.

"Ambedkar stood for an India and America where we respect the dignity of all," Indian-American Democratic Congressman Ro Khanna said in a tweet after introducing the legislation in the US House of Representatives on Wednesday.

"Today, I'm reintroducing my resolution to honour B R Ambedkar, in the hopes that young leaders around the world will read his work and be inspired by his vision for equality," he said.

Ambedkar stood for an India and America where we respect the dignity of all.

Today, I'm reintroducing my resolution to honor BR Ambedkar, in the hopes that young leaders around the world will read his work and be inspired by his vision for equality. pic.twitter.com/dckRS2Kgmz

Introduced by Mr Khanna for the second consecutive year, the resolution acknowledges the profound impact of America's discriminatory practices, specifically the systematic discrimination of African-Americans and women in the United States, as influential in his pursuit to guarantee equal rights for every human being in the Indian Constitution.

Honouring the accomplishments of Ambedkar and the impact of his legacy on the Constitution of India and jurisprudence and legal scholarship around the world; the resolution affirms the prohibition of untouchability and caste discrimination in all forms, as enshrined in the principles in the Universal Declaration of Human Rights.

Recognising that equality, justice and liberty are essential rights for all people, the resolution says that Dr Ambedkar's contributions to economics, political science, civil rights, religious harmony, and jurisprudence have had a profound impact around the world, promoting democratic values, unfettered equality, and justice for peoples of all castes, races, genders, religions, and backgrounds.

The resolution notes that former US president Barack Obama invoked BR Ambedkar's contribution to the Indian Constitution and society in an address before the Indian parliament in 2010.

''We believe that no matter who you are or where you come from, every person can fulfil their God-given potential. Just as a Dalit like Dr Ambedkar could lift himself up and pen the words of the Constitution, that protects the rights of all Indians," he had said.

Dr Ambedkar, the resolution said, led one of the largest civil rights movements in history, working to establish basic rights for hundreds of millions of Dalits, and succeeded in including Article 17 in the Constitution of India which abolishes untouchability and its practice in any form.

His influence as an economist is evidenced by his seminal texts on India's financial systems, his establishment of the Finance Commission of India, and his role in the creation of The Reserve Bank of India, the resolution says.