Indian Fled UK After He Raped Woman, His Earphones Led To Arrest: Cops

The accused was found guilty of raping the woman in the back of his housemate's car in the town of Lowestoft in Suffolk, eastern England, after offering her a lift. 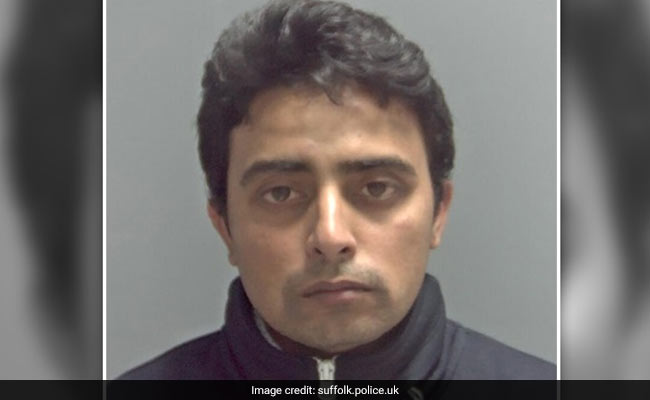 The accused offered a lift to a woman and then raped her in the car: Cops

An Indian man, who fled to India in 2017 after a sexual assault on a woman in the UK, has been sentenced to seven years imprisonment for the rape.

Ajay Rana, 35, was found guilty of raping the woman in the back of his housemate's car in the town of Lowestoft in Suffolk, eastern England, after offering her a lift on December, 9, 2017.

He then fled to India on December 13 claiming he was visiting his mother who was ill. He was sentenced at Ipswich Crown Court in Suffolk after being found guilty of rape following a two-week trial and was also ordered to sign the sex offenders' register indefinitely.

"The police investigation commenced following a calculated and sustained attack committed on an innocent victim, who has been left traumatised by the callous actions of this offender," said Detective Chief Superintendent Eamonn Bridger, the Senior Investigating Officer for Suffolk Police.

"This was a complicated investigation that was progressed with great haste despite the challenges presented by an offender who fled the country after the attack. The investigation team worked tirelessly over many months to ensure the individual did not escape justice and I am proud of the work they produced to reach the right outcome for the victim," Eamonn Bridger said.

By the time UK police identified him as a suspect in the days after the attack, having traced the vehicle he was driving during the attack, Ajay Rana had fled to India.

Once he was traced to Spain, he was detained by the Spanish police in Bilbao last October on a European Arrest Warrant and was extradited to the UK in November last year after approval from the Spanish courts.

During the trial, it emerged that the victim - a woman aged in her 30s - was offered a lift by Ajay Rana, saying it was cold and he had just given a lift to two other people, and she accepted.

He stopped the car further down and raped the victim in the vehicle. She then managed to get out of the car and ran away to a friend's house nearby to get help, following which the police were called.

A major investigation was launched and officers pursued a number of lines of enquiry, including forensic work, along with CCTV and house-to-house enquiries, Suffolk Police said.

In a statement read to the court, the victim said the attack "will haunt me for the rest of my life".

The victim said she had been diagnosed with post-traumatic stress disorder, had begun self-harming and suffered regular flashbacks, despite receiving counselling.

"I am so angry that he has done this to me, and [the case] brings it all flooding back and the emotions hit me like a roller coaster," she said.

Ajay Rana's car was traced and found to be registered to one of his housemates and he was a named driver on the insurance.

On attending Ajay Rana's home address and speaking with friends of the suspect, officers were told that he had left for London, saying that he had to go to India as his mother was ill.

Police officers located some of Ajay Rana's earphones that he had left behind and were then able to match DNA from them with swabs taken from the victim.

A CCTV analysis was able to locate Ajay Rana's car driving the route through the town as described by the victim and place him in the relevant locations, at times corresponding to when the victim first got into his car and when the attack occurred.

Officers from Suffolk Police then began proceedings to extradite Ajay Rana from India and also issued a European Arrest Warrant, which would allow for him to be detained if he attempted to enter another European Union (EU) member state and he was ultimately arrested in Spain and extradited.

Ajay Rana has been remanded in custody in the UK since November last year and will now serve a seven-year sentence at the end of which he is expected to be deported back to India.

"The criminal justice process is never easy for victims of crime, but the victim in this case has shown bravery throughout and continues to be supported by officers and support agencies. I hope that today will bring some kind of closure and allow her to move forward positively in her life," said Chief Superintendent Eamonn Bridger.

"Whilst attacks of this nature are rare and Suffolk remains a safe county to live in, this is a further example where the Constabulary has risen to the challenges of modern policing to continue to deliver a highly tenacious and professional service for the public it serves," Bridger said.