Mohamed Farhan Faisal from Kerala, was laid to rest in Al Quoz. Relatives, friends and acquaintances could barely hold their tears as the boy's father led the funeral prayer and the procession, the Khaleej Times reported. 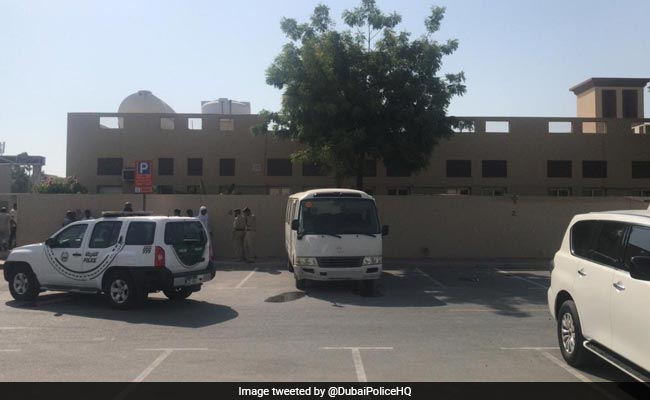 The boy's body was discovered over seven hours after the bus was parked and locked.

Over 200 people in Dubai bid goodbye to a six-year-old Indian boy who died after he dozed off in his school bus and left behind alone for several hours, a tragedy that has shocked the country.

Mohamed Farhan Faisal from Kerala, was laid to rest in Al Quoz. Relatives, friends and acquaintances could barely hold their tears as the boy's father led the funeral prayer and the procession, the Khaleej Times reported.

The child, who was a student of an Islamic centre in Al Quoz, had dozed off after boarding the 14-seater bus on Saturday morning from Karama. The driver and other students failed to notice the little boy, who was in the second row of the bus, as they alighted outside the centre at 8:00 am. The body was discovered over seven hours after the bus was parked and locked.

An eyewitness said: "Around 3:00 pm, when I went to pick my child up from the centre, I saw a group of people gathered around the bus. I went to check and saw some people trying to revive the child, but it was too late by then."

Heba Latif, who used to teach the boy, said, "He was a well-mannered, innocent and bright student. I used to teach him Arabic and Islamic. He used to study everything and was very intelligent. He was very quiet most of the times, but he performed well, always. It's really a heartbreaking situation."

"His mother was crying all night yesterday. She came for the funeral, but she broke down on multiple occasions. Faisal (father) led the funeral prayer and remained strong till the body was lowered to the grave. He broke down after that," Afsal, a relative, said.

"We can only imagine their grief. His mother had dropped him to the bus in the morning. In the evening, the police called his father to inform him about the tragedy."

The couple got Faisal after an eight-year wait, the relative added. "He has three elder sisters, one of whom was to get married in July."

Another relative said: "Mohamed was a special boy and very attached to his parents. It was a time for celebration for his family as his eldest sister was to get married in July. This tragedy has really changed their lives."

Mohamed had joined the Islamic centre earlier this year. All three sisters studied at the same centre. The family is from the coastal town of Muzhappilangad in Kannur district and are long-time Dubai residents. They reside in Karama. The boy studied at a school in Al Warqa.

Such instances are rare in the UAE, but have been reported previously. In 2014, a a pre-school student at Abu Dhabi's Al Worood Academy Private School suffocated to death after being forgotten inside a bus. The news had shocked the nation and sparked a major discussion on child safety in buses.

The principal, bus driver and supervisor were jailed and directed to pay Dh100,000 in compensation to the girl's family.