Ethiopian Airlines crash: Kenya had the largest number of casualties with 32, followed by Canada with 18, Ethiopia with nine, then Italy, China, and the United States with eight each 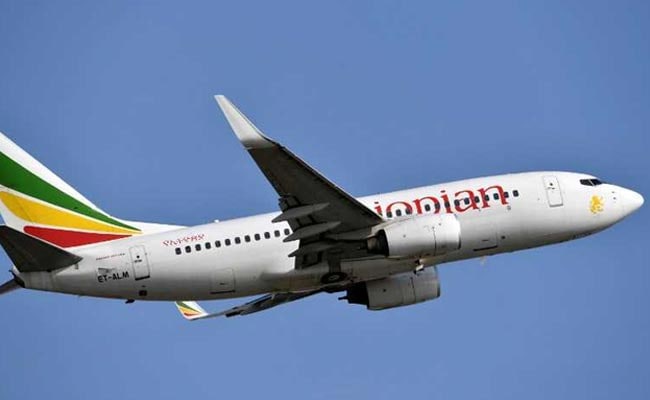 A Nairobi-bound Boeing 737 crashed six minutes after an early-morning takeoff from Addis Ababa Sunday, killing all 149 passengers and eight crew on board, Ethiopian Airlines said as world leaders offered condolences to distraught next-of-kin. Of the 149 passengers, four were Indian.

People holding passports from 32 countries and the UN were on board the plane which ploughed into a field just 60 kilometres (37 miles) southeast of Addis Ababa, the carrier's CEO Tewolde GebreMariam told journalists in the capital, lamenting this "very sad and tragic day."

The crash came on the eve of a major, annual assembly in Nairobi of the UN Environment Programme, which learnt of the crash with "deep regret" but did not say whether any delegates were on the plane.

"We can only hope that she is not on that flight," Peter Kimani, who had come to fetch his sister at Nairobi's Jomo Kenyatta International Airport (JKIA), told AFP shortly after news of the crash reached those waiting in the arrivals hall.

Scheduled to land in Nairobi at 10:25 am (0725 GMT), it came down instead near the village of Tulu Fara outside Bishoftu.

An AFP reporter said there was a massive crater at the crash site, with belongings and airplane parts scattered widely.

Rescue crews were retrieving human remains from the wreckage.

Ethiopian Airlines confirmed "there are no survivors."

Police and troops were on the scene, as well as a crash investigation team from Ethiopia's civil aviation agency.

In the Kenyan capital, family members, friends, and colleagues of passengers were frantically waiting for news at the airport.

"I am waiting for my colleague, I just hope for the best," added Hannah, a Chinese national.

Hoping for the best

Ethiopian Airlines said Kenya had the largest number of casualties with 32, followed by Canada with 18, Ethiopia with nine, then Italy, China, and the United States with eight each.

Britain and France each had seven people on board, Egypt six, the Netherlands five and India four.

Eleven countries in Africa, and 13 in Europe had citizens among the victims.

African Union commission chief Moussa Faki Mahamat said he had learnt of the crash "with utter shock and immense sadness", while Ethiopian Prime Minister Abiy Ahmed's office tweeted it "would like to express its deepest condolences to the families of those that have lost their loved ones."

Kenya's President Uhuru Kenyatta said he was "saddened" by the news, and Mahboub Maalim, executive secretary of the IGAD East African bloc, said the region and the world were in mourning.

"I cannot seem to find words comforting enough to the families and friends of those who might have lost their lives in this tragedy," Maalim said in a statement.

For its part, the plane's maker, US giant Boeing, said it was "deeply saddened to learn of the passing of the passengers and crew on Ethiopian Airlines Flight 302, a 737 MAX 8 airplane.

"We extend our heartfelt sympathies to the families and loved ones of the passengers and crew on board and stand ready to support the Ethiopian Airlines team."

GebreMariam said the plane, delivered to Ethiopia on November 15, had flown in from Johannesburg early Sunday, and spent three hours in Addis before it was "despatched with no remark", meaning no problems were flagged.

Asked if the pilot had made a distress call, the CEO said "the pilot mentioned that he had difficulties and he wants to return. He was given clearance" to turn around.

Ethiopian and American investigators will probe the crash, said GebreMariam.

The Boeing 737-800MAX is the same type as the Indonesian Lion Air jet that crashed last October, 13 minutes after takeoff from Jakarta, killing all 189 people on board.

The last major accident involving an Ethiopian Airlines passenger plane was a Boeing 737-800 that exploded after taking off from Lebanon in 2010, killing 83 passengers and seven crew.

For one family member waiting in Nairobi there was a happy ending.

"I arrived here shortly after 10:00 am and as I waited, a security person approached me and asked me which flight are you waiting for. I answered him quickly because I wanted him to direct me to the arrivals, so I told him Ethiopia, and then he said: 'Sorry, that one has crashed'," said Khalid Ali Abdulrahman, waiting for his son who works in Dubai.

"I was shocked, but shortly after, my son contacted me and told me he is still in Addis and did not board that flight, he is waiting for the second one which has been delayed."