The 38-year-old daughter of Canada's first turbaned MP Gurbax Singh Malhi was sworn in as Minister of the Status of Women on Thursday. 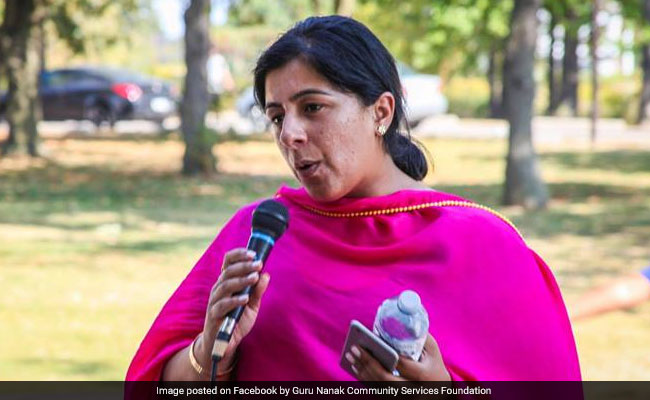 Toronto: Harinder Malhi, the Indo-Canadian member of the Ontario provincial parliament and the mover of the 1984 genocide motion in the House last April, has been given a cabinet berth in the Ontario cabinet, making her the first-ever Sikh cabinet minister in the Canadian province.

The 38-year-old daughter of Canada's first turbaned MP Gurbax Singh Malhi was sworn in as Minister of the Status of Women on Thursday.

The decision by Premier Kathleen Wynne to elevate Malhi seems to have been taken with an eye to Sikh votes as Ontario goes to the polls in June.

Ms Malhi represents the Punjabi-dominated 'riding' (or constituency) of Brampton-Springdale in the Ontario assembly, whose members are called MPPs or members of provincial parliament.

She joins another Indo-Canadian woman minister Dipika Damerla in the Ontario cabinet.

Interestingly, her elevation to the cabinet comes when two senior Sikh MPPs Amrit Mangat and Vic Dhillon have been ignored.

It is being speculated that because of her 1984 genocide motion, Ms Malhi can help her Liberal Party retain Sikhs votes which may drift to the New Democratic Party (NDP) which has just elected Jagmeet Singh as its national leader. After her genocide resolution, many in the Sikh community view her as the champion of the cause in the community.

Her party may also benefit from her father and former MP's huge hold over Sikh voters.

Interestingly, as a member of the Ontario assembly, Jagmeet Singh too had introduced a similar motion on the anti-Sikh riots, but his motion failed. He was also denied a visa to India in 2013.

Brampton, on the outskirts of Toronto, has the second largest concentration of the Sikh community in Canada after Surrey in British Columbia.

Ms Malhi's genocide motion in the Ontario assembly in April 2017 read: "That, in the opinion of this House... should reaffirm our commitment to the values we cherish -- justice, human rights and fairness -- and condemn all forms of communal violence, hatred, hostility, prejudice, racism and intolerance in India and anywhere else in the world, including the 1984 genocide perpetrated against the Sikhs throughout India, and call on all sides to embrace truth, justice and reconciliation."

Promoted
Listen to the latest songs, only on JioSaavn.com
The motion was passed by 34-5 votes in a House of 107 members.

Reacting strongly to it, India rejected it calling it a "misguided motion which is based on a limited understanding of India, its constitution, society, ethos, rule of law and the judicial process".