Bodies Of 14 Indians Killed In Sudan Fire To Be Brought To India: Centre

The Indian Embassy here has also published on its Twitter account the names of Indians whose charred bodies have till now been identified. 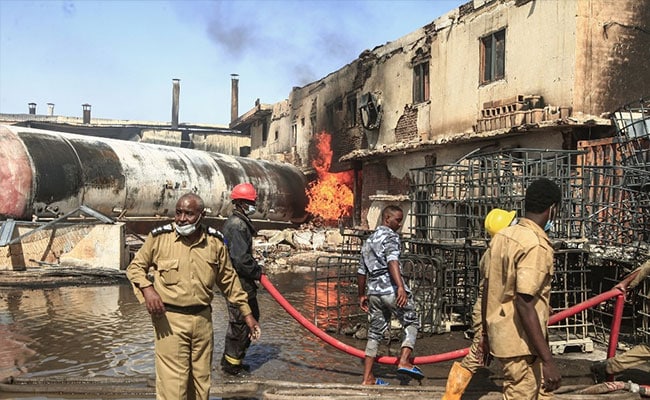 The bodies of 14 Indians identified so far after the horrific fire tragedy at a ceramics factory last week will be sent to India from Tuesday, according to the Indian mission.

The Indian Embassy, citing reports, had earlier said that 18 Indians were among 23 people killed and over 130 injured in the LPG tanker blast that destroyed the Seela Ceramic Factory on December 3 in Khartoum, the Sudanese capital.

Sixteen Indians were missing after the incident.

The Indian Embassy here has also published on its Twitter account the names of Indians whose charred bodies have till now been identified.

"In regard to the Indian casualties in the Ceramics factory fire in Khartoum, the Embassy has expedited the identification and completion of medico-legal formalities for the 14 identified bodies," the Embassy tweeted on Monday.

The bodies will be sent to India from Tuesday onwards, it said.

Earlier, it tweeted that DNA was being collected for the identification of the deceased for profiling and matching.

"All the families have been informed and have been requested to send consent letters to receive the mortal remains," it added.

The embassy published the list of the 14 Indians on Twitter, out of which two were from Haryana, three from Bihar, three from Rajasthan, three from Uttar Pradesh, two from Tamil Nadu and one from Puducherry.

The External Affairs Ministry (MEA) on Friday said that eight Indians were undergoing treatment in hospitals, while 11 were either unidentified or missing.

MEA Spokesperson Raveesh Kumar said a total of 58 Indians were working in the factory at the time of the blast and 33 were safe.

According to a statement issued by the Sudanese government last week, the blast in a gas tanker triggered the fire.