Many Sikh families with agricultural backgrounds emigrated from India to the Midwest because of its auto and trucking industries, said Amrith Kaur, the coalition's legal director. 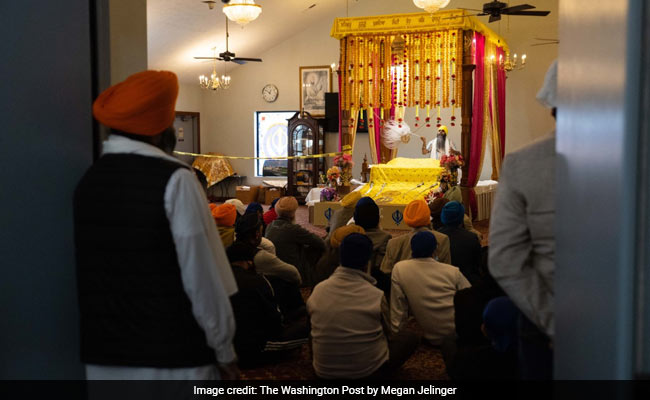 Amarjeet Kaur Johal was once a regular at Sikh Satsang of Indianapolis, volunteering to cook and clean up after communal meals.

On Saturday, Johal's family, friends and co-workers gathered at the temple without her.

Johal, a grandmother of five, was one of the eight workers killed when a gunman opened fire at a FedEx warehouse Thursday night. Four of the victims were Sikh, a loss that cuts deep in this tightknit community, connected by faith and a common heritage tied to Punjab.

At the gurdwara, people gathered to make sense of the violence and to talk about how they can protect their community.

"In a tough time, we have to get together to be safe," said Gurpreet Singh, the temple's president. "We need to be together, we need to raise our voice and unite. Because united we stand, but divided we fall."

Between 8,000 and 10,000 Sikhs live in Indiana, according to the Sikh Coalition. Many Sikh families with agricultural backgrounds emigrated from India to the Midwest because of its auto and trucking industries, said Amrith Kaur, the coalition's legal director.

The community has grown over the past several decades, with some Sikhs also coming from more populous hubs in California and Canada.

On weekends, the Sikh Satsang is a popular meeting spot, where temple members gather for prayer and meals.

In the kitchen, lined by long maroon rugs for used for seating on the linoleum floor, chattering among friends can sometimes drown out songs of prayer from down the hall. Members, standing shoulder-to-shoulder, cook and serve traditional vegetarian dishes.

Saturday was no different, except this time four members of the community were missing - Johal, 66; Jaswinder Singh, 68; Jasvinder Kaur, 50; and Amarjit Sekhon, 48. All four had visited the gurdwara, one of the oldest in the city, though Johal was the only frequent member.

At the meeting, the Sikhs in attendance, from eight different temples across Indianapolis, spoke about the prejudice they've faced. They exchanged stories about when they were harassed for wearing turbans or singled out for speaking Punjabi.

"People see turban and think terrorist," said Romandeep Chohan, 28. Johal was her aunt. "But at the end of the day, this is us. We're your neighbor, we're your friend."

Others spoke about past violence. In 2012, a white supremacist entered a gurdwara in Oak Creek, Wis., killing six people before fatally shooting himself.

The massacre, nearly 300 miles from Indianapolis, was tragic but distant to Maninder Singh, one of the leaders of the Sikh Satsang. But as Singh waited Friday with relatives of workers to find out whether they had survived, he was reminded of the lives lost nine years ago.

"It came to my mind right away," he said. "Did we ever think this could happen to us? No. We never thought it could happen here."

Aasees Kaur, a representative of the Sikh Coalition, said the deadly assault in Indianapolis underscores the bigotry that Sikhs have faced and the need for more-robust efforts to track hate crimes, which are underreported and difficult to prosecute. 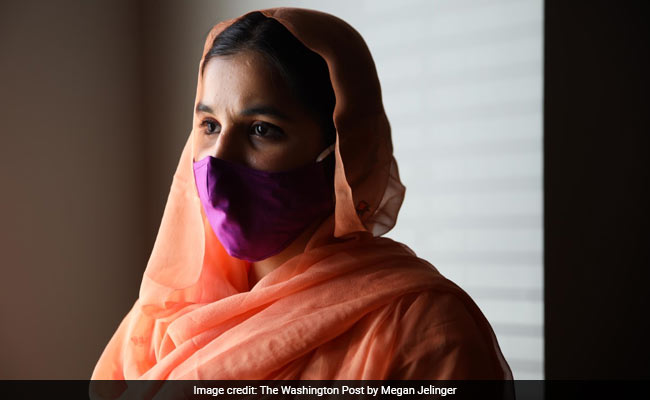 Aasees Kaur is a representative of the Sikh Coalition

Although authorities have not yet offered a motive for the shooting, Kaur said it feels like her community was targeted. The FedEx warehouse employed many older Sikhs whose native language is Punjabi, because English fluency was not essential to the jobs.

"Given everything our community has experienced in the past, the pattern of violence, bigotry and backlash we have faced, it is impossible not to feel that same pain and targeting in this moment," she said.

In a letter to the White House on Saturday, the coalition implored the administration to tackle a long-standing concern that hate crimes against Sikhs go undetected and unchallenged.

The coalition noted a 2018 incident in Illinois when a Sikh Uber driver, Gurjeet Singh, was held at gunpoint by a passenger who said, "I hate turban people. I hate beard people." The assailant was not arrested.

Among the list of requests appended to the letter, the coalition asked President Joe Biden to visit Indianapolis, to appoint a Sikh American liaison in the White House and to reintroduce a bill preventing firearm sales to those convicted of hate crimes. The letter also asked for federal security funding for places of worship, including Sikh temples.

At the temple on Saturday, the assembled group brainstormed how to make something good out of the tragedy.

Some talked about the need for Sikh representation in politics. Although there are more than 500,000 Sikhs living in the United States, according to the coalition, few have held elected offices until recently. The first turbaned Sikh mayor in U.S. history, Satyendra Huja, was elected in 2012 in Charlottesville, Va.

One of the gurdwara leaders, K.P. Singh, called for members to better communicate the ideals of Sikhism, using English to reach people unfamiliar with its traditions. He recalled that when the Sikh community in Indianapolis held a vigil for the victims of the 2012 shooting, it was done completely in Punjabi. This time, he said, needs to be different.

Echoing President John F. Kennedy, he commanded, "Ask yourself: what am I willing to do for each of us?"

Singh recalled that shortly after he moved to the United States, about 50 years ago, the local newspaper ran a photo of him in its "oddities" section. He did not take offense, he said, but believed it was his mission to inform others about his beliefs. Decades later, he worries that Sikhs continue to be an enigma to their neighbors.

"How is it that, as a community, after being here for more than a century, we are still being targeted at different levels by fools, by people who refuse to think that we're not part of their own family?" he asked.

Rimpi Girn, a relative of two of the victims, Jaswinder Kaur and Amarjit Sekhon, spoke about how the tragic burden of gun violence is shared by marginalized people across the United States. Calling for stricter gun enforcement, Girn said the violence will cease only after lawmakers take action.

"It doesn't matter which community you belong to, which ethnicity, which race, which place," she said. "What does matter is human life."

The Washington Post's Lateshia Beachum contributed to this report.