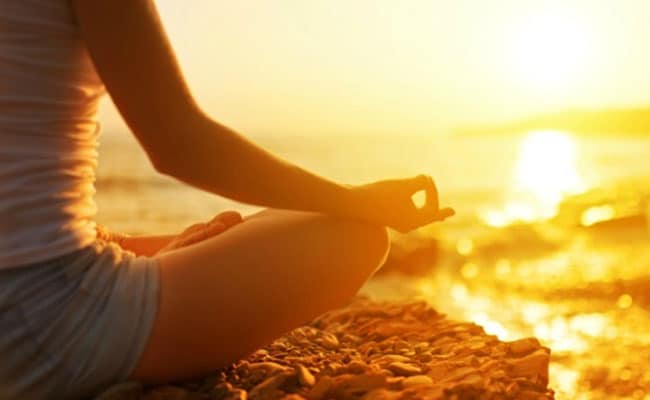 New York: As the world celebrates International Day of Yoga on Sunday in a unique event that is in many ways an endorsement of the Indian way of life, more than 30,000 people are expected to participate in a mass demonstration of the ancient art in the city's Times Square after global leaders and diplomats from around the world launch the observance at the UN headquarters.

Secretary-General Ban Ki-moon is to deliver the keynote address at the start of the day's celebrations at the UN headquarters in an open plaza along the East River, India's Permanent Representative Asoke Kumar Mukerji told reporters in New York on Tuesday. General Assembly President Sam Kutesa and External Affairs Minister Sushma Swaraj are slated to speak on the occasion along with representatives of some of the nations that co-sponsored the International Day of Yoga resolution.

Sri Sri Ravishankar, the founder of the Art of Living Foundation is to give a lecture on the benefits of yoga and lead a demonstration by several hundred people at the UN and, through a video link, the thousands on Times Square, which is known as "the crossroads of the world."

The UN celebrations are to be webcast on the UN network and also shown on the NASDAQ market building's giant, seven storey-tall video screen and others on Times Square.

"Yoga offers a simple, accessible and inclusive means to promote physical and spirtual health and well-being," Ban Ki-moon said in his message for International Day of Yoga. "It promotes respect for one's fellow human beings and for the planet we share."

He said that he had tried out yoga by doing the tree pose or Vrksasana and "appreciated the simple sense of satisfaction that yoga can bring."

A manifestation of the universal value of "vasudhaiva kutumbakam" -- the world is one family, the UN General Assembly resolution for International Day of Yoga was co-sponsored by 177 nations and adopted by acclamation by the 193-member organisation, Mr Mukerji said. This was the largest number of co-sponsors ever for such a resolution, he added.

The idea of an International Day of Yoga was proposed by Prime Minister Narendra Modi in his address to the General Assembly last September, calling yoga "a holistic approach to health and well-being" and to finding "the sense of oneness with yourself, the world and the nature."

"Yoga embodies the unity of mind and body; thought and action; restraint and fulfilment; the harmony between man and nature; a holistic approach to health and well-being. It is not about exercise but to discover the sense of oneness with yourself, the world and the nature."

For yoga day to be observed starting this year, Mr Mukerji said the resolution for it had to be passed by the General Assembly before the end of last year but the calendar had already been set with no room for fresh items.

The Indian Mission found a way around this by invoking the association of PM Modi made between health and yoga, Mr Mukerji said. They had the Yoga Day resolution introduced as part of the health agenda that was already on the calendar for December, he said.

The Mission brought the full force of multilateral diplomacy to bear on the project, he said. The Indian diplomats were able to have the 18 co-sponsors they initial had snowball to reach a total of 177 co-sponsors. And when both the United States and China signed on, the effort gained momentum.

Asked by a reporter about the role of Muslim countries as co-sponsors and the controversies raised in India by some Muslims, Mr Mukerji said yoga was presented as a health matter with no religious undertones and he pointed out that 47 of the 56 members of the Muslim grouping, the Organisation of Islamic Cooperation, joined as co-sponsors. While Pakistan and Saudi Arabia did not co-sponsor, they did not object to the resolution either.