Vivian Balakrishnan, Singapore's Foreign Minister, made important visits to Washington, Pyongyang and Beijing in recent days to ensure that there would be no last-minute spoilers. 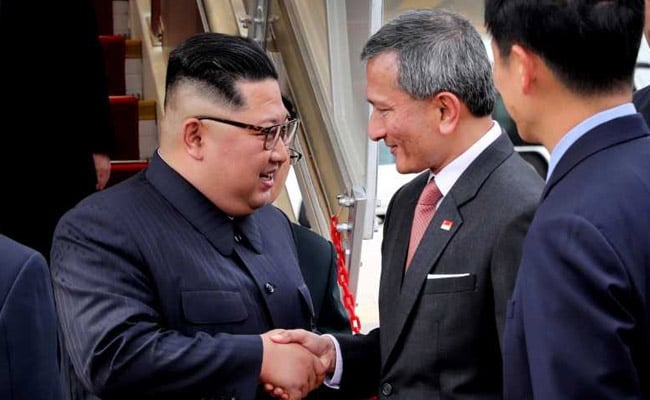 Mr Balakrishnan, Singapore's Foreign Minister, made important visits to Washington, Pyongyang and Beijing in recent days to ensure that there would be no last-minute spoilers for the historic meeting hosted by the city-state.

Mr Balakrishnan, 57, is from the ruling People's Action Party. He studied medicine and later pursued postgraduate education in ophthalmology.

Mr Shanmugam is Singapore's Minister for Law and Home Affairs and he is responsible for ensuring security at the summit, the first between a sitting US president and a North Korean top leader.

Singapore is one of the few countries that have diplomatic relations with both the US and North Korea.

"This is not the way conventional diplomacy would have been conducted, but perhaps you need two very unconventional leaders to have brought us to this stage," he told the BBC.

"They may be able to pull rabbits out of a hat that the rest of us conventional diplomats would not have been able to do," he said.

Still, he noted that decades of tension cannot be resolved in one meeting, although, based on his interactions with their staff and meeting them personally, "both are supremely confident, both are hopeful".

Mr Balakrishnan also said that the Singapore government was footing the hotel bill for Kim Jong Un and his delegation who are staying at the St Regis hotel.

He added that the expenditure forms part of the 20 million Singapore dollars ($15 million) that Singapore is spending on the summit in all.

Of this, half is on security, Prime Minister Lee Hsien Loong said yesterday.

Meanwhile, Law and Home Affairs Minister Shanmugam is confident that security is in place for the Trump-Kim summit.

"The fact that we prepared this in two weeks, this adds to logistics demands by officers who worked around the clock," Mr Shanmugam said at a security briefing yesterday.

"We are confident that we have put security in place. We have 5,000 Home Team officers such as police and emergency response teams like civil defence," he was quoted as saying by Channel News Asia.

Mr Shanmugam said that four people have been turned away at Singapore's immigration checkpoints in the lead-up to the summit.
Comments
Vivian BalakrishnanK ShanmugamUS North Korea Summit