Yogi Adityanath's Tough Warning Over Delay In Development Projects In UP

While reviewing the status of various development projects, the chief minister warned the officials that any negligence in the works of public interest will not be tolerated. 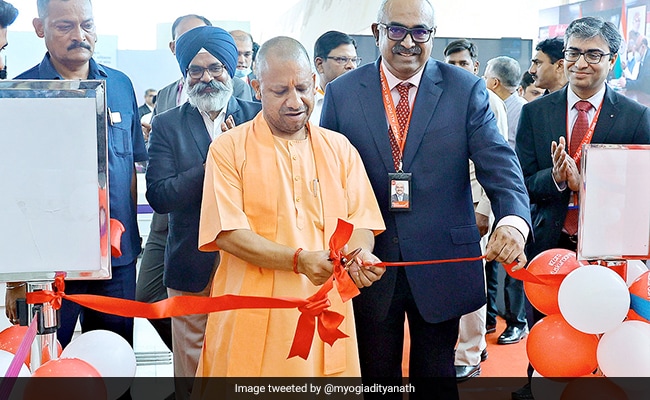 Uttar Pradesh Chief Minister Yogi Adityanath on Thursday expressed strong displeasure over the unnecessary delay in development projects and warned that negligence of any kind will not be tolerated.

While reviewing the status of various development projects, the chief minister warned the officials that any negligence in the works of public interest will not be tolerated. If any wrongdoing, corruption or unnecessary delay is reported, then the accountability of the additional chief secretary/principal secretary/secretary level officers concerned will be fixed, an official release issued here said.

The CM asked Chief Secretary Durga Shankar Mishra for a detailed report after reviewing the important projects being developed in all the 18 divisions of the state.

He also asked the additional chief secretary (finance) to prepare a detailed report regarding the project-wise budget issued to the departments in the last five months, the details of the expenditure incurred so far and the remaining amount.

The chief minister will once again review the project wise works next week, the release said.

Emphasizing on ensuring transparency and quality of development projects, Adityanath highlighted the need to encourage healthy competition in the selection of agencies executing them.

The CM said it would be appropriate to give an opportunity to the central agencies according to the importance of the project, and directed the chief secretary to make efforts in this regard.

He said that it should be ensured that the organization preparing the DPR for the development projects does not participate in the tender process for the implementation/construction of the project so as to ensure transparency and fairness.

Reviewing the construction work of state universities, the chief minister said that many universities are being established by the government for the availability of quality higher education to the youth.

This project is the top priority of the government and continuous monitoring of construction work should be done, the CM said, adding that the budget of any project would not be revised.

"Before starting a project we have to take the final decision on all the points," he said.

Directives were also given to complete the Solid Waste Management Project in the Loni municipality in Ghaziabad district by September 15.

Taking cognizance of the hindrance in the four-lane bridge project in Mandaula Vihar area of Ghaziabad, Adityanath asked the chief secretary to work out a permanent solution in consultation with the UP State Bridge Corporation officials.