Yogi Adityanath, speaking at a public event in UP's Hapur district, said there are some "shameless people" who keep supporting the Taliban. 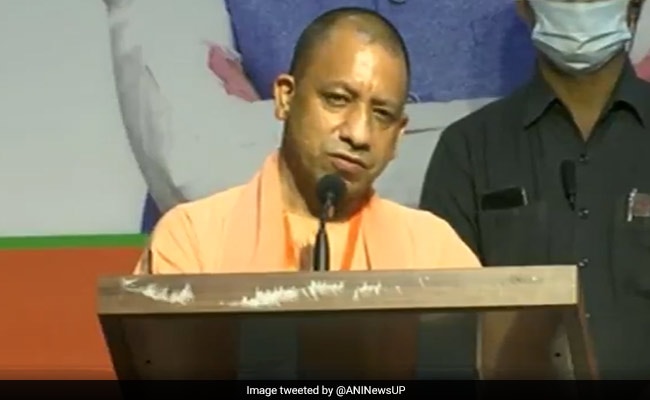 Yogi Adityanath said "every faith and community" are now free to celebrate their festivals. (File)

He made the remarks while addressing a public event in Dholana assembly area of western UP's Hapur district, where he inaugurated and laid foundation stones for projects worth around Rs 340 crore.

"You must have seen that Prime Minister Narendra Modi is leading the country towards a new India 'Ek Bharat Shreshth Bharat'. Following suit, UP is also transforming and becoming a new model for development, good governance and security," he said.

"But still, there are some elements who do not like India's development. Somewhere, they try to create hurdles in the country's development path. We need to identify such people who support the cruelty of Taliban," the chief minister told the crowd.

The Taliban had taken over power in Afghanistan a month ago in a dramatic turn of events even before the US could completely pull out its troops from the two-decade-old war theatre.

"Supporting the Taliban means supporting anti-India, anti-humanity, anti-women and anti-children acts. You would be knowing the kind of atrocities and acts that are being committed today and there are some shameless people who keep supporting the militant group," Mr Adityanath said.

"This cannot be accepted. We have to be cautious of such people who support the wrong acts of Taliban," he said.

Hitting out at previous non-BJP governments in the state, the priest-turned-politician said administrations would deny permission for celebrations and Kanwar Yatra processions prior to 2017, but it has changed under his regime in the last four-and-a-half years.

He said people of "every faith and community" are now free to celebrate their festivals as long as they are within the laws of the land, adding that "aastha" (devotion) is the "biggest strength" of the country.

"We have asked devotees of all faiths and communities to celebrate their festivals peacefully and abide by the law. There is no problem and it is the responsibility of the government to ensure their security and facilities to them. The BJP government has provided this atmosphere in the state," he said.

Mr Adityanath, however, said "personal faith" should not become an impediment to national security and sovereignty.

"We should have a sense of dedication and devotion towards the nation and when that is done, no power in the world can harm us. The India of today is rapidly marching forward on this path," he added.