Yogi Adityanath said people who described themselves as accidentally Hindu are now realising that they are also Hindus. 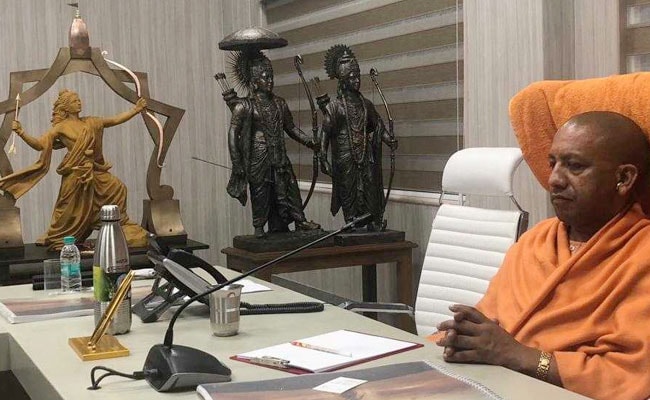 Yogi Adityanath called this a victory of India's Sanatan faith.

In an apparent attack on Congress president Rahul Gandhi, Uttar Pradesh Chief Minister Yogi Adityanath has said that "people" are using "Janeu" (sacred threat) and "Gotra" to gain prominence in the country's politics.

"The word Kumbh has started becoming prevalent. It has become a fashion and trademark for the branding of one's programme... These days people are showing their Gotra and Janeu to become prominent in the country's politics," Yogi Adityanath said without naming Mr Gandhi.

Last year, the Congress described Mr Gandhi as a 'janeu dhari' (one who wears the sacred threat) Hindu.

Mr Gandhi who visited prominent temples during his campaign for the recently concluded assembly elections has been accused by his critics of peddling soft-Hindutva for electoral gains. After he visited a temple in Madhya Pradesh, BJP spokesperson Sambit Patra had asked about his Gotra.

Details of Rahul Gandhi's Gotra were "revealed" by a priest in Rajasthan, where the Congress president visited a temple while campaigning. He is a "Dattatreya" and a Kashmiri Brahmin, said a priest in a temple by the famous lake Pushkar.

The Congress unseated the BJP in Rajasthan, Madhya Pradesh and Chhattisgarh and is set to form governments in the states.