Besides Prime Minister Narendra Modi and other dignitaries, nearly 55,000 people are expected to participate on International Yoga Day event in Lucknow. 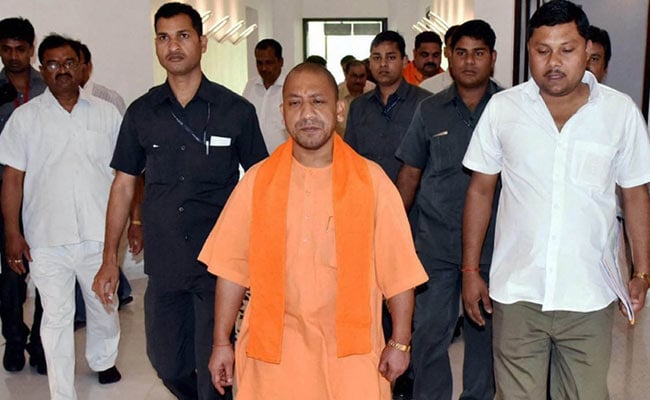 Besides Prime Minister Narendra Modi and other dignitaries, nearly 55,000 people are expected to participate in the Yoga Day event at Ramabai Ambedkar Maidan in the state capital.

The AYUSH (Ayurveda, Yoga and Naturopathy, Unani, Siddha, and Homoeopathy) Ministry is the nodal agency for Yoga Day celebrations.

Praising the presentation made for the event, the home minister exuded confidence that the International Yoga Day celebrations will be successful.

Yogi Adityanath said LED screens would be installed at different parks in the city so that visitors could also take part in the celebrations simultaneously.

He issued directions to hold a 28-day workshop for the participants prior to June 21.

The Union AYUSH Ministry had proposed Lucknow as the venue for the main function for International Day of Yoga celebrations this year.

Earlier, the government was considering Bhopal, Jaipur, Ahmedabad, Ranchi and Bengaluru as possible venues for the main event.

The ministry is also planning to organise a major yoga event in at least one city in each district across the country.

The ministry zeroed in on Lucknow as the possible venue at a review meeting on the preparations for Yoga Day which is observed on June 21.

The official website of the ministry on its webpage pertaining to IDY also requests the people visiting the page to make the following pledge, "I pledge to make yoga an integral part of my daily life."

So far, 30.14 lakh visitors have taken the pledge. The first IDY celebration was organised at Rajpath in New Delhi on June 21, 2015 in which representatives of 191 countries had participated. Last year, the main function took place in Chandigarh. The United Nations General Assembly, heeding to a call by Modi, had made a declaration in December 2014 to observe June 21 as IDY.

On March 29, Adityanath, while addressing a three-day UP Yoga Mahotsava in Lucknow, had said that 'surya namaskar' was similar to namaz (prayers) offered by Muslims and those opposing the yogic exercise wanted to divide the society on religious lines.

Yogi Adityanath, who had in the past lashed out at a section of Muslims for terming the practice of 'surya namaskar' as "un-Islamic", said the sun salutation was a beautiful example of religious harmony.

"The namaz offered by Muslims resembles different postures and asanas of surya namaskar including pranayama (breathing exercise). What a beautiful example of harmony (between two religions). But some 'bhogis' who do not believe in yoga, indulged in dividing the society on lines of caste, creed, religion and region among others," he said.

Lauding the PM Modi for making yoga a global phenomenon, Yogi Adityanath had said, "PM Modi deserves all the credit for the global recognition which yoga has got."

Promoted
Listen to the latest songs, only on JioSaavn.com
"The number of countries which participated in the International Yoga Day celebrations in 2015 was 175, which went up to 192 in the subsequent year," he said.

The University Grants Commission has directed all universities to organise training programmes on common yoga protocol. It has urged vice-chancellors to personally supervise efforts in their institutions and affiliated colleges to make the plan a success.