The RBI has capped withdrawals from Yes Bank at Rs 50,000 for the next one month and imposed strict limits on operations. 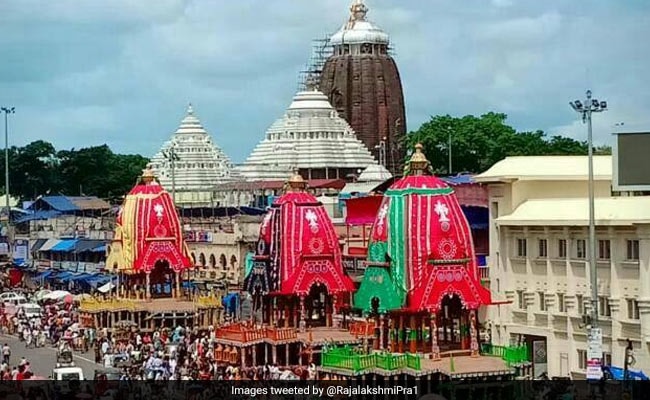 Devotees of Lord Jagannath and priests at the centuries-old temple in Puri are worried following Reserve Bank of India restrictions on Yes Bank where Rs 545 crore is deposited in the deity's name.

The RBI has capped withdrawals from Yes Bank at Rs 50,000 for the next one month and imposed strict limits on operations after the cash-starved lender faced "regular outflow of liquidity" following an effort to raise new capital failed.

"We demand a thorough probe and action against the persons responsible for depositing such a huge amount in a private bank for a little more interest," he said.

"It is illegal as well as unethical to deposit the lord's funds in a private bank. Shree Jagannath Temple Administration (SJTA) and the Temple's Managing Committee should be held responsible for the uncertainty," said Jagannath Sena convenor Priyadarshi Patnaik.

He said a complaint was filed at a police station in Puri demanding probe over depositing the money in a private bank, but no action was taken.

Allaying concerns, Law Minister Pratap Jena said the money is with the bank as fixed deposits and not in a savings account.

"The government has already decided to transfer the funds from Yes Bank to a nationalised bank after tenures of the fixed deposits end this month," he said.

Asked whether the government has taken up the matter with the RBI, the minister said, "I have not talked to the bank authorities so far. I am sure, we will be able to transfer the money from Yes Bank without any problem."

Former law minister and ex-Puri MLA Maheswar Mohanty said it was not proper to keep the money with a private bank for more interest.

"The SJTA should immediately take up the matter with the RBI and ensure that the money is safe," Mohanty said.

The law minister last month told the assembly that of the lord''s total Rs 626.44 crore, Rs 592 crore was kept in Yes Bank. While Rs 545 crore was in the bank as fixed deposits, the remaining Rs 47 crore was in a flexi account.

The money kept in the flexi account has been withdrawn and the remaining Rs 545 crore will be transferred to a nationalised bank in two phases after their maturities on March 16 and March 29, the minister had said.

Congress MLA Suresh Routray sought a clarification from the state government as to why it allowed the SJTA to deposit the lord's money in a private bank.

"We will not tolerate improper utilisation of Lord Jagannath''s money. The Congress will launch a statewide agitation demanding early recovery of the funds," he said.

The BJP said the state government must take immediate steps to recover the money.

"Nobody including the government and the SJTA has rights to meddle with the lord's funds," said BJP leader Bhrugu Buxipatra.