World Disability Day: Both Hands Lost In Blast 17 Years Ago, How She Turned Her Life Around

December 3 has been celebrated as World Disability Day every year since 1992 to raise awareness, understanding and acceptance for differently abled people in society. 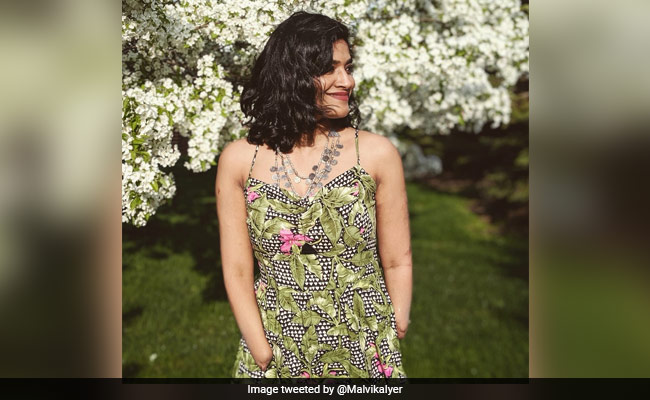 Seventeen years ago, a little girl wanted to fix a pair of torn jeans with glue. She had the article of clothing, she had the glue, and all she needed to finish the job was an object to press against the tear once she was done sticking it.

So the girl scampered into the garage of her Bikaner home and found something she believed would do the trick. She couldn't have been more mistaken. The object in her hand was actually a grenade that had landed in their garage because of an ammunition depot blast in the vicinity, and as fate would have it, it exploded upon coming into contact with the cloth.

The girl lost both her hands and suffered major injuries to the rest of her body in the incident. Many believed her life was done for, and that's something she remembers to this very day.

"17 years ago, when I was lying on the hospital bed, I heard a bunch of women whisper: 'Did you see that new girl in the general ward? What a shame! She must be cursed as now her life has now come to an end'," Malvika Iyer, now a 30-year-old motivational speaker awarded the highest civilian honour for women by none other than President Ram Nath Kovind himself, tweeted on the occasion of World Disability Day.

I was labeled the disabled girl with no future. The naive 13 year old mind inside me was ready to believe their verdict on my life and had it not been for the unconditional support of my family and friends, I'd have given up.

Obviously, theirs was not an accurate prediction. Ms Iyer went on to appear for matriculation examinations in Chennai and -- with the help of a scribe -- secured a state rank among private candidates. Upon gaining the attention of the people, she was invited to the Rashtrapati Bhavan by then President APJ Abdul Kalam. She later moved to the national capital, where she studied Economics (Honours) at the St Stephen's College before going on to earn her post-graduate degree from the Delhi School of Social Work. Today, she has delivered motivational speeches and conducted sensitisation workshops in places across the world, inspiring others like her and sending out a message that anybody can rise above disability to succeed in life.

But Malvika Iyer's success needs to be measured on more scales than one. Her Twitter bio identifies her as bomb blast survivor, national awardee, motivational speaker, disabiility activist, World Economic Forum global shaper. She is also the subject of MAI, a graphic novel by Jagannathan Sriram that details her journey from the time of the freak accident that nearly cost her everything.

December 3 has been celebrated as World Disability Day every year since 1992 to raise awareness, understanding and acceptance for differently abled people in society. This year's theme, "Promoting the participation of persons with disabilities and their leadership: taking action on the 2030 Development Agenda", focuses on empowering those with disabilities to ensure inclusive, equitable and sustainable development.