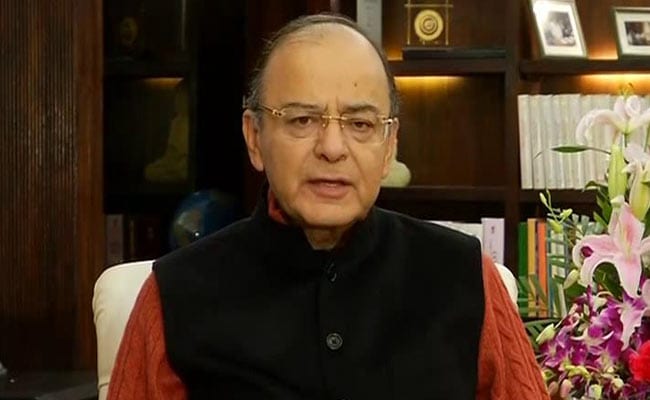 The 50-day deadline for deposit/exchange of old notes ended on December 30.

New Delhi: Clarifying the government's stand on the December 30 deadline for the deposit of banned 500 and 1000-rupee notes, Finance Minister Arun Jaitley said Prime Minister Narendra Modi had specifically said that the central bank RBI will fix "terms and conditions" for the same.

Mr Jaitley made these remarks in response to a question that PM Modi, while announcing the notes ban on November 8, had said that people will have opportunity till March 31 to deposit old notes in selected Reserve Bank of India branches. "The word terms and conditions was part of the Prime Minister's address," he said on Wednesday.

Claiming that "people in large number have already exchanged (notes)," Mr  Jaitley said, "the RBI has fixed their own criteria...I will respect that..."

"There may be some who for some reason, are not able to deposit their old 500 or 1,000 rupee notes by December 30, 2016. They can go to specified offices of the Reserve Bank of India up to March 31, 2017 and deposit the notes after submitting a declaration form," PM Modi had said, in his address to the nation on November 8.

In contradiction to its earlier statement, the RBI issued a statement after December 30 deadline that only Indians who were abroad during November 9 to December 30, 2016 have been given a 3-month grace period till March 31 to deposit the junked notes, while for the NRIs, it is six months till June 30.

The central bank in its notification dated November 8, under the provision of exchange facility, had said, "any person who is unable to exchange or deposit the specified bank notes in their bank accounts on or before the December 30, 2016, shall be given an opportunity to do so at specified offices of the Reserve Bank or such other facility until a later date as may be specified by it".

While there is no limit on deposit of defunct notes by an Indian national who was abroad when the 50-day window was in operation, NRIs can deposit only Rs 25,000 as per FEMA law restrictions.

The Finance Minister, explaining the government's stand on removal of restriction on cash withdrawal, said that the RBI will remove restrictions after "assessing market situation".

"Actions are taken in phases, so relaxations are also done in phases," he said.

Promoted
Listen to the latest songs, only on JioSaavn.com
Currently, an account holder is allowed to withdraw Rs 24,000 per week from the counters and Rs 4,500 per day from ATM.