The NCW action assumes significance as it comes in the backdrop of the state women's commission making it clear that it cannot suo motu register a case against the MLA as the complaint had been filed before the party. 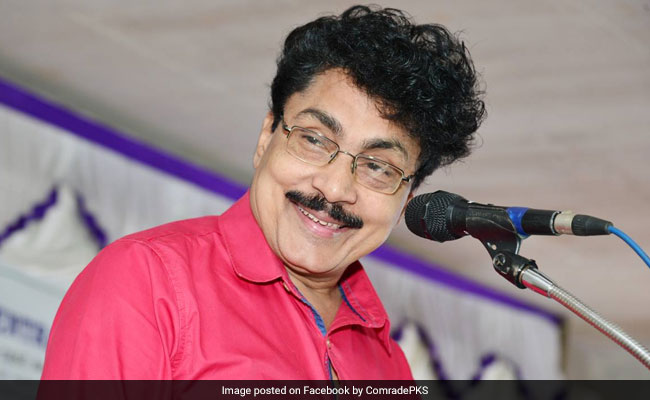 The panel also stated that it was "deeply disturbed" by the alleged conduct of MLA PK Sasi.

The National Commission for Women (NCW) has directed the Kerala police chief to investigate the allegation of sexual abuse made by a woman leader of Democratic Youth Federation of India (DYFI) against PK Sasi, a CPI(M) legislator.

The commission has also directed DGP Loknath Behera to apprise it about the action taken in the matter and ensure speedy delivery of justice .

The panel also stated that it was "deeply disturbed" by the alleged conduct of MLA PK Sasi.

The complainant, a leader of DYFI, youth wing of CPI(M), had levelled the charges against the Shornur MLA, following which the party's state unit began a probe.

The NCW action assumes significance as it comes in the backdrop of the state women's commission making it clear that it cannot suo motu register a case against the MLA as the complaint had been filed before the party.

Industries Minister E P Jayarajan had also stated that such a complaint was not before the government.

In a series of tweets from the twitter handle of the commission, the NCW said it has written to the director general of police and state police chief, Kerala giving directions that the matter be investigated.

"NCW has also directed him to apprise the commission about the action taken in the matter and ensure speedy delivery of justice to the victim," the NCW said.

The commission was 'deeply disturbed' by such alleged conduct on part of the elected representative, another tweet said.

The NCW took cognizance of various media reports published on September 5, 2018, according to which a woman leader has accused the Shoranur MLA of sexual assault at the party office in Manarcaud of Palakkad, in Kerala, read another tweet.

President of Kerala Pradesh Congress Committee M M Hassan on Thursday demanded the government dissolve the state women's commission as it was a "mute spectator" and was of no use even to women members of the CPI(M).

Mr Jayarajan had yesterday said the complaint had not come up before the government and that it was a party matter.

Commission chairperson M C Josephine had said a suo motu case cannot be registered as the complaint had been forwarded to the party.

"It (the complaint) has not come to us. You should ask the party secretary," Mr Jayarajan, presiding over cabinet meetings in the absence of Chief Minister Pinarayi Vijayan, who is now in the USA for treatment, said here.

Josephine had said if the Marxist party has received such a complaint, the party has its own way of dealing with it. "This is not a new thing. From the time CPI(M) came into being, there have been certain ways for it to handle such issues," said Josephine.

Stepping up pressure against the CPI(M), BJP's youth wing had taken out a march to the MLA's residence at Kulikkiliyad in Palakkad district yesterday and burnt his effigy in the state capital. The protestors demanded PK Sasi's resignation.

They also wanted a case be registered against him. Workers of BJP and Kerala Students Union, the student wing of the Congress, had also filed separate complaints with the DGP seeking a probe into the case.

The CPI(M), heading the ruling LDF alliance, had initiated the investigation after the DYFI woman leader sent a complaint to its central leadership last month, alleging that the MLA had attempted to sexually abuse her.

Congress leader K Muraleedharan, also attacked the marxist party, saying it had 'double standards' while dealing with such issues.

"When allegations of sexual misconduct were made against a Congress MLA, the government registered a case and put him in jail. Here the party says it has its own ways to deal with the serious charges. People want to know the stand of Chief Minister Pinarayi Vijayan on the issue," he said yesterday.

The woman had sent the complaint to CPI(M) politburo member Brinda Karat on August 14 and e-mailed a copy of it to party general secretary Sitaram Yechury.

The accused MLA has described the complaint as a "well planned conspiracy" to malign his reputation.