Women From Across Country Pledge Support To Shaheen Bagh Protesters

The protesters at Shaheen Bagh were joined by women from Lucknow, where a similar protest is underway for over 50 days, Ghaziabad, Jaffrabad in Delhi. 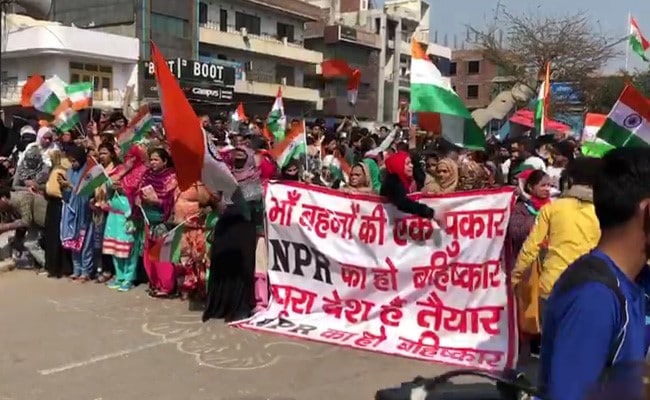 Delhi's Shaheen Bagh, the epicentre of anti-CAA protest, was abuzz with women from several parts of the country joining the agitation on International Women's Day.

The protesters at Shaheen Bagh were joined by women from Lucknow, where a similar protest is underway for over 50 days, Ghaziabad, Jaffrabad in Delhi and also by social workers on Sunday.

The women, who are protesting for nearly three months, said the support is encouraging and that they are firm that the government will take back the Citizenship (Amendment) Act and drop the idea of the National Register of Citizens (NRC).

With chants of "Inquilab Zindabad" and "Hindustan Zindabad", the protestors appeared upbeat.

The male volunteers said the peaceful protest at Shaheen Bagh has gotten bigger despite the recent violence in Delhi.

"We are sitting here for the last 85 days and we firmly believe that the government will have to take back CAA and NRC. We are getting support from across the country and we are happy that several people, including women, have come here to join us," said Fatima, who is a local resident of Shaheen Bagh.

Professor Chaman Lal, the honorary advisor to Delhi's Bhagat Singh Archives and Resource Centre, saluted the "brave women" on International Women's Day and said they are an inspiration for the whole world.

Shilpi Choudhary, who came from Lucknow, said a similar agitation is going on in Lucknow for over 50 days which was inspired by the protest at Shaheen Bagh. Women and children are taking the lead even at the Lucknow protest.