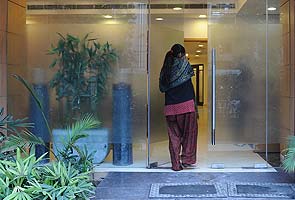 New Delhi: As baby Lili celebrates her first birthday in Australia, far away in India her surrogate mother recalls the day the child was born -- and on whom she never laid eyes.

"I averted my gaze," says Seita Thapa, recounting her experience of giving birth at the Surrogacy Centre India clinic in New Delhi last February on behalf of a gay male couple who used an egg donated from another woman.

"Why would I want to see the child? -- I have my own children," said the mother of two teenagers aged 16 and 18, adding that the clinic gives courses that "prepare us mentally for the fact it's not our baby".

Commercial surrogacy is a booming industry in India with legions of childless foreign couples looking for a low-cost, legally simple route to parenthood.

While the Indian government has been pushing the country as a medical tourism destination, the issue of wealthy foreigners paying poor Indians to have babies has raised ethical concerns in many Indian minds about "baby factories".

The Confederation of Indian Industry, a leading business association, estimates the industry now generates more than $2 billion in revenues annually.

Clinic owners deny ill-treatment of mothers, saying it is in their interest to treat the women well in order for them to have healthy babies.

Thapa, 31, who has the jet-black hair and almond eyes of the Indians of the northeast, said she has no doubt what she did was right in allowing the Australian couple to use her womb to fulfil their dream of parenthood.

"I wanted to be a surrogate mother because I wanted to deposit money into an account for my children for their future. I also wanted to help parents who cannot have children," Thapa said.

"I am proud to have given birth to a beautiful baby.

"The baby and parents are in my prayers forever. I feel like part of the family," added the former cook, her eyes suddenly bright with tears.

She refused to say how much money she earned from the surrogacy but says she wants to start a second pregnancy in April. The clinic told AFP the mothers get $6,000 from the $28,000 total surrogacy procedure cost.

During her pregnancy, Thapa lived with her husband in accommodation in New Delhi rented by the Surrogacy Centre India clinic, with over 100 other surrogates.

Thapa's own children in their hometown of Darjeeling never knew their mother was pregnant.

"I didn't tell them so as not to disturb their studies," she said.

In 2012, 291 babies were born in the clinic that opened in 2008. They now live in 15 different countries, including Canada, Australia, Japan, Norway and Brazil.

In New Delhi and across India, there are dozens of clinics like the Surrogacy Centre but many refuse to open their doors to the media.

According to Dr Shivani Sachdev Gour, director of the centre, the women recruited never have the desire to keep the baby they have carried for nine months.

"They have their own children, they've finished building their families," she said, calling people who oppose surrogacy "ignorant."

"They should come here to meet parents who dream of having a child. How can they deny them this right?"

Marcia, a 40-year-old Brazilian who lives in Luxembourg, is one such case.

After trying for three years, Marcia has just arrived with her husband in New Delhi to sign a contract with the clinic.

"When I look at the photographs of all these babies in the waiting room, I want to cry," she told AFP, refusing to reveal her full name because she has not told her family about her step.

"I'd rather not meet the surrogate mother who is chosen -- especially since it is not certain the pregnancy will be successful. We've already had so much disappointment."

She said she will initially attempt to have her own embryos transferred into the womb of the surrogate mother but if that fails, she will opt for an "egg donation".

"At first it was difficult to get used to the idea of another woman carrying my child, but if this is the only solution, then we will have a baby this way -- it's like a miracle," Marcia said.

Gour said the clinic organises counselling sessions for the surrogate mothers to stress the importance of eating nourishing food, adding the majority of the women want to repeat the experience.

Promoted
Listen to the latest songs, only on JioSaavn.com
Mamta Sharma, 29, from one of India's poorest states, Uttar Pradesh, has been a surrogate mother twice, most recently last year for an Australian couple.

"Everything has changed in my life with the money I got," said the mother of four children who invested her earnings in a new house.