Both the mother and the newborn have been discharged. 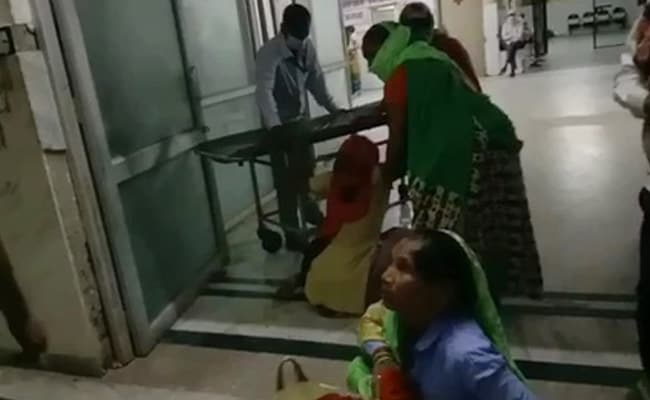 This is the second such incident at the hospital in the recent months.

A pregnant woman in Rajasthan's Bharatpur was forced to deliver at the entrance of a state-run maternity hospital last week after an alleged delay in treatment. The shocking incident has prompted the state health department to order a probe after a video that captured the ordeal of the woman was shared widely on the social media.

The woman - referred by a health facility in Deeg, a small town in rural Bhatpur - reached the better-equipped district hospital in Bharatpur, about 180 km from state capital Jaipur, a little before midnight on September 25.

Despite several calls for help, the hospital staff was allegedly not prompt in attending the woman who was in labour. Also, the family alleged that the driver of the ambulance took Rs 500 for bringing the patient to the Janana Hospital, a service which should be provided for free.

Hospital in-charge Dr Rupindera Jha, responding to the incident, said: "The incident has been brought to our notice. Whoever is found guilty after the inquiry... we will take appropriate action.

Both the mother and the newborn have been discharged.

This is the second such incident at the hospital in the recent months.

In April, a woman gave birth to a stillborn baby in an ambulance after she was allegedly turned away from the hospital. The woman's husband alleged that they were refused admission to the district hospital because of their religion.

The hospital, however, had denied the claims. "The woman was treated, she was bleeding profusely and the doctor prescribed an injection for that. After delivery, we saw the child has anencephaly which means it has an under developed brain which led to her aborting the child," Dr Rupindera Jha had said at the time.