Manipur rail line: In addition to railway engineers, project planners and numerous other officials, the Territorial Army's (TA) contribution to securing the project has enabled the work to speed up 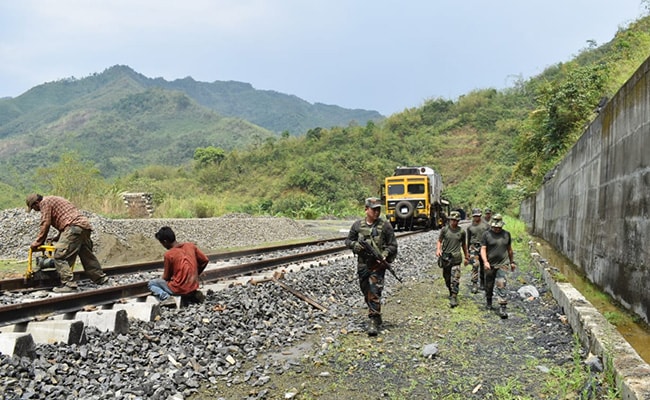 President Droupadi Murmu on Thursday inaugurated the train between Tripura's capital Agartala and Manipur's Khongsang, a hilly area where construction of the rail line has been a challenging task due to the topography and threats from insurgents during the initial phase of the project.

In addition to railway engineers, project planners and numerous other officials, the Territorial Army's (TA) contribution to securing the project has enabled the work to speed up.

The Territorial Army is a part of the regular army and its role is to relieve the regular army from static duties and help the civil administration in dealing with natural calamities and maintenance of essential services. The TA also provides units for the regular army whenever needed. 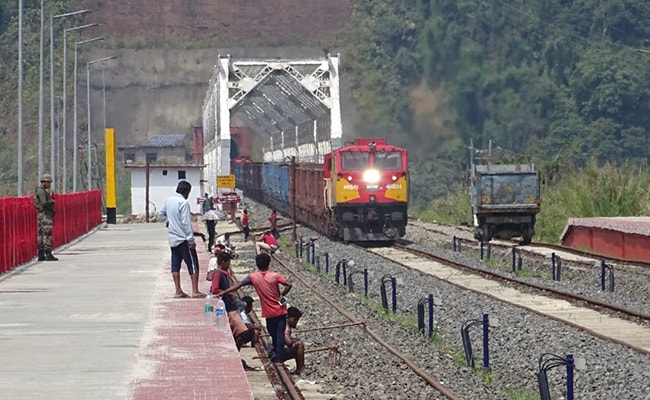 The project to connect a major part of Manipur with broad-gauge line faced numerous security problems in the early stages when insurgent groups carried out extortion, kidnappings and indiscriminate killings.

The paramilitary forces were then tasked to contain the cycle of violence in the region. But spiralling violence and threats against railway engineers, officials and workers led to delay in the project.

The railways eventually approached the Defence Ministry for safe and secured environment, who eventually tasked the Territorial Army. 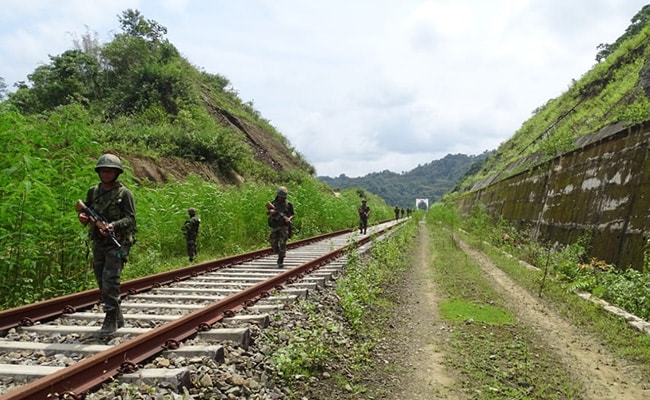 The centre had included the Jiribam-lmphal railway project in its Budget 2003-2004. The project started in 2008 and was declared a "national project" owing to its importance. The construction work started in 2013. The construction activities speeded up significantly after the deployment of the Territorial Army in 2019 for the workers' and infrastructure security. "Their [the TA's] steadfastness, hard work determination and sacrifice resulted in creating a safe environment wherein the railways could work unhindered and achieve success," a source told NDTV.

"The railway authorities have been extremely appreciative for the umbrella cover provided by the Territorial Army, without whom the project wouldn't had seen its dawn," the source said. 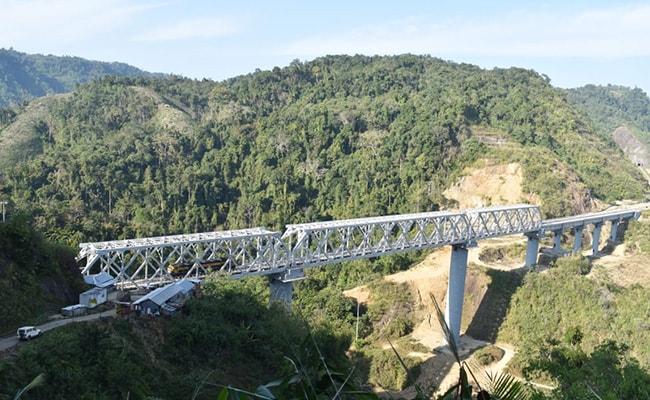 The presently operational 54 km rail line passes through the picturesque valley of Makru and Barak before reaching Khongsang. It has 19 tunnels and nine major bridges, with a maximum height of 105 metres.

This section covers 300 km in seven hours from Agartala to Khongsang in Manipur, while it takes some 19 hours and is about 600 km by road due to the hilly terrain. The remaining 56 km to Manipur's capital Imphal is likely to be completed by December 2023.