The second-stage engine, internally known as Izdelie-30, marked its first test flight in December 2017 on board a Su-57 fighter jet 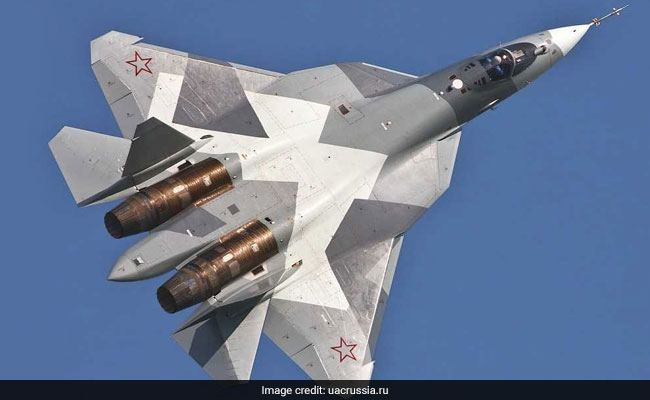 A top Russian defence firm has confirmed that it will add a feature to enhance the stealth capabilities of the Su-57 project, from which India has reportedly withdrawn. Russia's only aircraft engine-maker, United Engine Corporation, said the Su-57 stealth fighter project will include a "super cruise" capability.

"Super cruise" is a key requirement for a stealth aircraft. Delay in its development is being cited as one of the main reasons for India reportedly stopping its participation in the Fifth Generation Fighter Aircraft (FGFA) project with Russia, which involves developing a new aircraft based on the Su-57 development. The aircraft was previously called the PAK-FA.

The second-stage engine, internally known as Izdelie-30, marked its first test flight in December 2017 on board a Su-57 fighter jet and further developments are going on, said Mr Chechukov. He declined to give technical information or details of the development schedule since the project is classified.

Sources in United Aircraft Corporation and Rosoboronexport, the Russian arms export agency, separately said the stealth fighter programme had not been abandoned and that Russia will take it forward with New Delhi when the engine and other technologies sought by the country in the FGFA were ready for export.

The Su-57 includes six internal weapons hard-points to sharply reduce radar signature and top speed up to Mach 2, twice the speed of sound, apart from other advanced features.