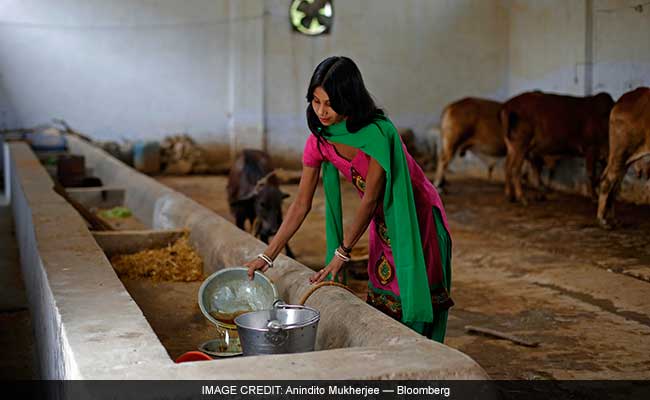 Attendant pours urine from a collection bowl into a container at a cow shelter where urine is processed.

Distilled urine from female cattle currently fetches at least as much as milk in India, but getting it isn't easy work. Kumari and two other attendants who work around the clock in a cow shed in Bulandshahar, 50 miles (80 kilometers) east of New Delhi, collect barely half the 15 to 20 liters of fluid the animals pass daily.

Urine from India's indigenous Bos indicus cows, which are considered sacred by Hindus, is a hot commodity. That's thanks in large part to Prime Minister Narendra Modi, who's introduced programs over the past two years to protect the milk-producing animals and support industries derived from their waste. His government has spent 5.8 billion rupees ($87 million) on cow shelters, intensified enforcement of beef-eating bans and tightened measures to stop the illicit sale of cattle to neighboring Bangladesh. 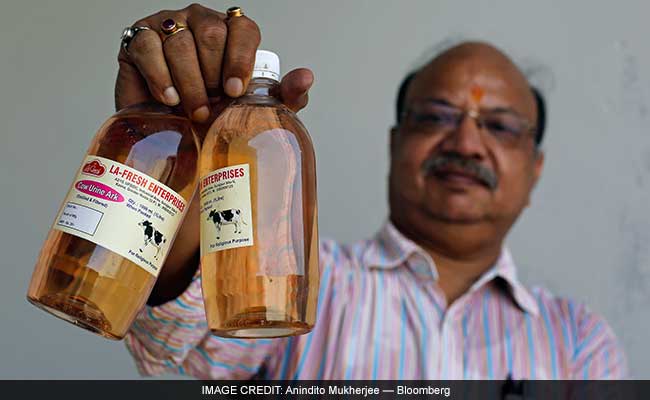 "Around 30 remedies can be prepared at home with cow urine," said Sunil Mansinghka, chief coordinator at Go-Vigyan Anusandhan Kendra, a cow-focused research organization in Nagpur that's supported by two Hindu groups. "It's our foremost ambition to reach the elixir to countrymen."

In the cow shelter in Bulandshahar, in Uttar Pradesh state, attendant Kumari is careful not to spill any of the golden liquid she collects in her bowl.

"The most difficult task is to collect cow urine because how do you know when an animal will actually do it?" said Vikash Chandra Gupta, who partnered with the cow shelter in Bulandshahar last year for starting his cow-urine business. "The attendants take clues from the animals' movements and try to identify patterns in urination." 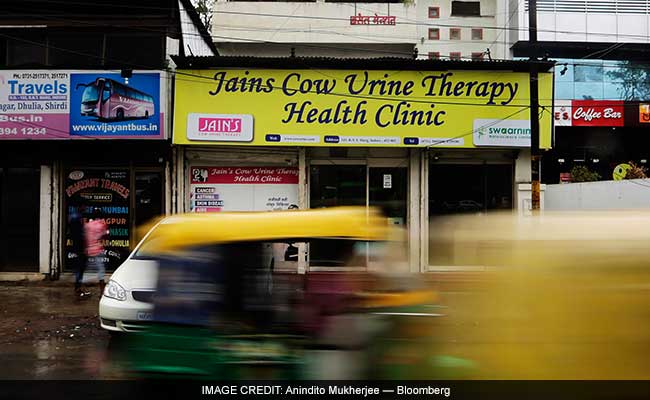 The pungent-smelling booty is poured into a crude distiller to remove impurities. The distillate can be reduced further to a powder form or sold as a liquid concentrate to various makers of traditional medicines and herbal remedies.

Subramanian Swamy, a member of Modi's Hindu-dominant Bharatiya Janata Party and who serves in India's Upper House, isn't satisfied with existing cow-protection efforts. The Harvard-educated Hindu economist is calling for the removal of more than a dozen export subsidies on buffalo meat, of which India is the world's largest exporter. A loophole in the policy encourages cows to be slaughtered and their meat passed off as buffalo, he says.

One enthusiastic cow-urine buyer is yoga guru Baba Ramdev, whose budding consumer goods empire is challenging local units of Colgate-Palmolive Co., Unilever and Nestle SA. The saffron-robe clad yoga teacher and anti-corruption campaigner pays 150,000 rupees a day for a steady stream of the raw material that his company Patanjali Ayurveda Ltd. uses to make into soaps, disinfectants to elixirs. 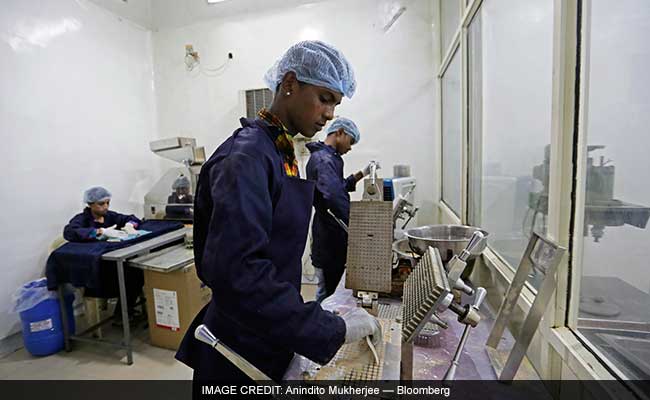 Patanjali's bestseller is urine-based floor-cleaner Gaunyle, according to managing director Acharya Balkrishna. "We prepare 20 tons of Gaunyle a day and still can't meet demand," he said in a phone interview.

Proponents of ayurveda, a holistic healing system developed thousands of years ago in India, say the urine, or "gomutra," of an Indian cow contains special therapeutic properties and health benefits. Traces of gold are found in the urine of cows from the local Gir breed, scientists at Junagadh Agricultural University, in Modi's home state of Gujarat, concluded in June after analyzing 400 specimens.

In cow-worshiping India, the increased protection and reverence given to the hump-backed, droopy-eared creatures have become a source of inter-faith conflict, given its conservative Hindu agenda. Two Muslim men were forced to eat dung by a cow protection group as punishment for allegedly transporting beef in the northern state of Haryana in June -- one of the latest cases of beef vigilantism that turned deadly on at least three occasions last year.

To prevent unproductive cows being sent to the abattoir, the government started the so-called Rashtriya Gokul Mission in mid-2014, a national program that entails, among other things, constructing havens for retired, ailing and barren bovines. Proceeds from the animals' bodily waste are intended to pay for their board and keep. 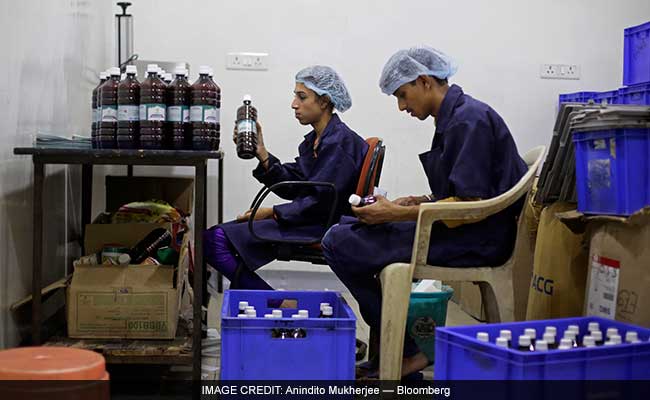 Modi's government in May held an inaugural national conference on cow shelters, or "gaushalas" in Hindi, where two members of his cabinet encouraged thousands of attendees to monetize less savory bovine byproducts. The state of Rajasthan has gone further, creating a ministry of cow affairs to advocate for an animal, which some critics say, has more rights than the country's 2 million homeless citizens.

It's also possible that the liquid harbors potentially dangerous pathogens.

India-trained veterinarian Navneet Dhand, who is an associate professor in veterinary biostatistics and epidemiology at the University of Sydney, points to three diseases prevalent in India that could potentially be transmitted to people in the raw urine of infected cows: leptospirosis, which can cause meningitis and liver failure; arthritis-causing brucellosis; and Q-fever, which can cause pneumonia and chronic inflammation of the heart.

That's not dissuading Jain's Cow Urine Therapy Health Clinic, which buys 25,000 liters (6,600 gallons) of cow urine a month from a dozen gaushalas. Virendar Kumar Jain, who founded the 15-doctor practice in the central Indian city of Indore, said his center has administered urine-derived medicines to 1.2 million patients over the past two decades for ailments from cancer to endocrine disorders, such as diabetes. 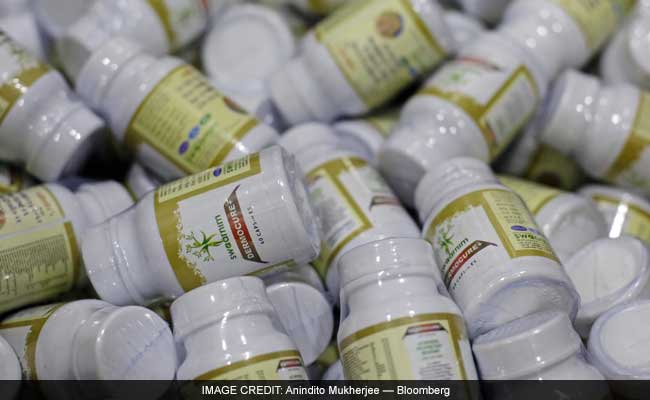 His staff field inquiries from 4,000 online patients daily, Jain said. Consumers can also buy the products via e-commerce websites, such as Amazon. He estimates cow attendants can make 1,200 rupees a month from the sale of a cow's liquid waste, which can easily pay for the beast's upkeep.

Still, the value of cow urine is not a great incentive for keeping unproductive cows until their dying day, said Pankaj Navani, a former engineer whose 300-cow Binsar Farms produces 2,200 liters of milk a day. The lifespan of a cow is about 15 years, though most stop producing milk years earlier.

Navani's herd, established in 2012, is still relatively young and he's yet to face the challenge of what to do with his former milkers, he said. "A more logical policy approach is required to deal with the issue in general," Navani said.