With Karnataka, BJP Holds Power In 21 Of 29 States. Congress Down To 2 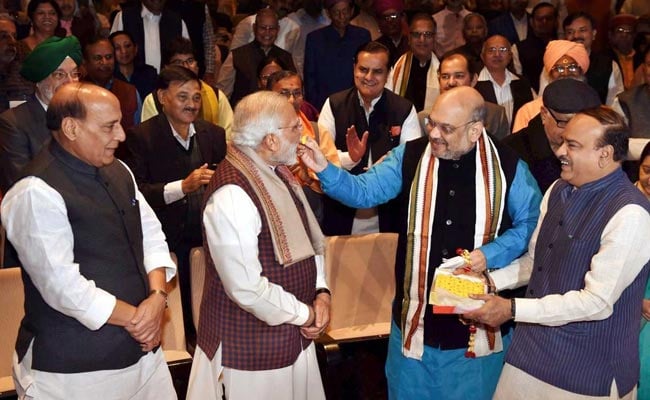 New Delhi: On a day BS Yeddyurappa took oath as Karnataka chief minister, the BJP moved one step closer to what the party calls "Congress-free India". The party now holds or shares power in 21 of the 29 states.

The last time a political party had such a massive political footprint across India was 25 years ago. Towards the end of 1993, the Congress held 16 of then 26 states --- 15 on its own and one in alliance.

After the 2014 general elections when the Narendra Modi government came to power by winning 282 of the 543 seats, the BJP held just seven states. The Congress that ruled 13 states then is now down to two states --- Punjab and Mizoram --- and the union territory of Puducherry.

During a recent election rally, PM Modi had attacked the Congress by saying after the Karnataka election results were declared, the party would not be Indian National Congress but "PPP Congress" (Punjab, Puducherry, Parivar Congress).

The Congress has had a string of losses in assembly polls, barring Punjab last year, since the BJP-led government assumed office at the centre. 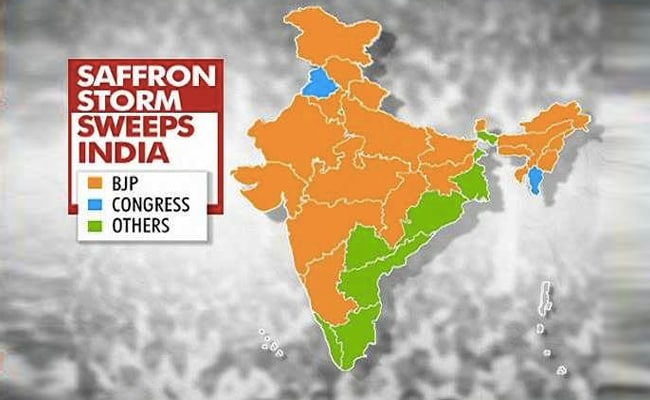 From ruling seven states in 2014, the BJP now holds power in 21 states

In 2014, with PM Modi as the campaign mascot and party chief Amit Shah as the key strategist, the BJP began its winning streak in the assembly polls. In Haryana, the party got a clear mandate for the first time, winning 47 of the 90 seats.

The BJP also emerged the single largest party in Maharashtra and Jharkhand where it formed governments with its allies. The party also shared power in Andhra Pradesh and Jammu and Kashmir while its ally won Sikkim.

In 2016, BJP swept Assam, putting an end to the 15-year-old Congress rule there.

Promoted
Listen to the latest songs, only on JioSaavn.com
With its aggressive campaign coupled with PM Modi's 'development agenda', the party regained power in Uttar Pradesh in 2017 with a thumping mandate. The BJP also wrested power in Uttarakhand and Himachal Pradesh. Although it wasn't the single largest party in Goa and Manipur, the BJP quickly stitched together post-poll alliances and formed governments.

Earlier this year, the BJP breached the 'Red' bastion of Tripura, putting an end to the 25-year Left rule. While the shares power in Nagaland, one of its allies came to power in Meghalaya.