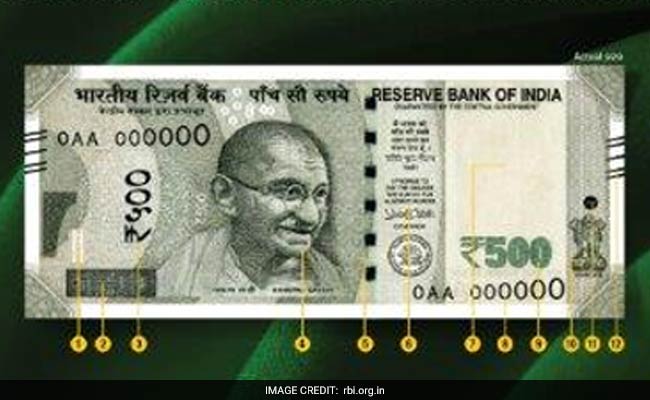 The new notes will be available at bank ATMs when they start operating again from Friday.

New Delhi: The new 500 and 2,000 rupee notes that Central Bank RBI will issue starting from Friday are being called "high security" notes and have several new features to make them harder to fake than the 500 and 1000 rupee notes that were scrapped last night.

The new notes will be available at bank ATMs when they start operating again from Friday, Finance Secretary Ashok Lavasa said today. The RBI, he said, would closely monitor the fresh notes that will be issued.

People, Mr Lavasa said he hoped, understood the objective behind the government's abrupt announcement on Tuesday that it was immediately withdrawing Rs 500 and Rs 1,000 notes from circulation to crack down on black money and counterfeit currency.

The new 2,000 rupee note, said the Reserve Bank or RBI in a statement, will include several features like a see-through register with the denominational numeral 2,000 which can be seen when the note is held up against light. 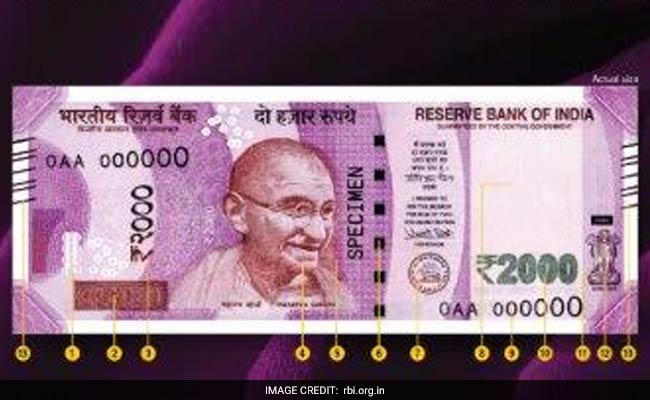 There will also be a latent image with the denominational numeral 2,000, which can be seen when the bank note is held at a 45 degree angle at the eye level.

The note will also have a colour-shifting windowed security thread with the inscription 'भारत', RBI and 2,000. The colour of the thread will change from green to blue when the note is tilted.

Promoted
Listen to the latest songs, only on JioSaavn.com
For the visually-impaired, there will a raised print of Mahatma Gandhi's portrait, the Ashoka Pillar emblem, bleed lines and identity marks.

The RBI said the 2,000 rupees notes have a motif of the Mangalayan, India's Mars mission and the base colour is magenta.