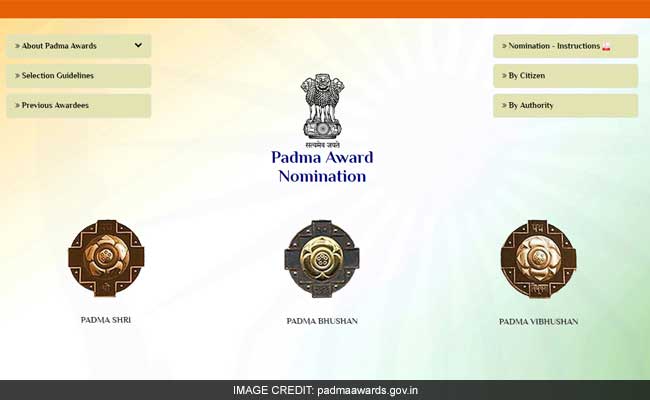 Maharashtra has topped this year's list of Padma awards announced as part of the Republic Day honours.

Mumbai: With a total of eight personalities, including one posthumous awardee, Maharashtra has topped this year's list of Padma awards announced on Wednesday as part of the Republic Day honours.

There is one Padma Vibhushan, one Padma Bhushan and six Padma Shri for dignitaries from the state, including two women and one awarded posthumously.

His daughter Supriya Pawar-Sule, MP, expressed her happiness in a tweet: "Padma Vibhushan, the second highest civilian honour conferred on Sharad Pawar. A proud moment for all of us."

Nephew Ajit Pawar said: "Sharad Pawar has just completed 50 years in politics and the Padma Vibhushan is a well-deserved honour. We are proud"

Six other eminent personalities have been named for the Padma Shri, the nation's fourth-highest civilian honour in the President of India's Republic Day honours list.

They are: Bollywood singer Kailash Kher, 43, whose style is influenced by Indian folk music and Sufi music, veteran playback singer Anuradha Paudwal, 64, and film journalist and author Bhawana Somaaya, who was noted for her trilogy on Amitabh Bachchan.

Promoted
Listen to the latest songs, only on JioSaavn.com
Among the non-entertainment category, Padma Shri has been announced for celebrity chef and television personality Sanjeev Kapoor, 52, and spiritual guru Dattatreya Narayan alias Appasaheb Dharmadhikari,70, who is the founder-president of the Shri Nanasaheb Dharmadhikari Pratisthan, which work among the poor and downtrodden in the Konkan region.

Renowned social worker and medico SV Mapuskar who had dedicated his life to rural sanitation and cleanliness has been conferred the Padma Shri posthumously.